RAHWAY, N.J. — In an online survey conducted by OnePoll for Veggies Made Great, 1,000 millennial parents of school-aged children answered questions about their typical vegetable consumption habits.

The survey found that while 63% of the parents surveyed said they knew they needed two to three cups of vegetables daily, the majority only eat one or two cups per day. However, 88% of respondents said they did want to increase their daily vegetable intake, and 60% said they would prefer to do so with bite-sized snacks.

According to Veggies Made Great, two of the top reasons the surveyed families were not eating as many vegetables as they believed they should were taste and spoilage.

More than one-third of the respondents said they struggle to find new ways to prepare vegetables, Veggies Made Great said.

“What is encouraging is that parents are aware of the importance of getting more vegetables in their family’s diet, but taste and eating the same vegetables over and over again seem to be the biggest hurdle,” said Yehuda Pearl, chairman of Veggies Made Great. “That’s why we created Veggies Made Great to be a deliciously easy and convenient way to add more veggies. It is food people are happy to eat.” 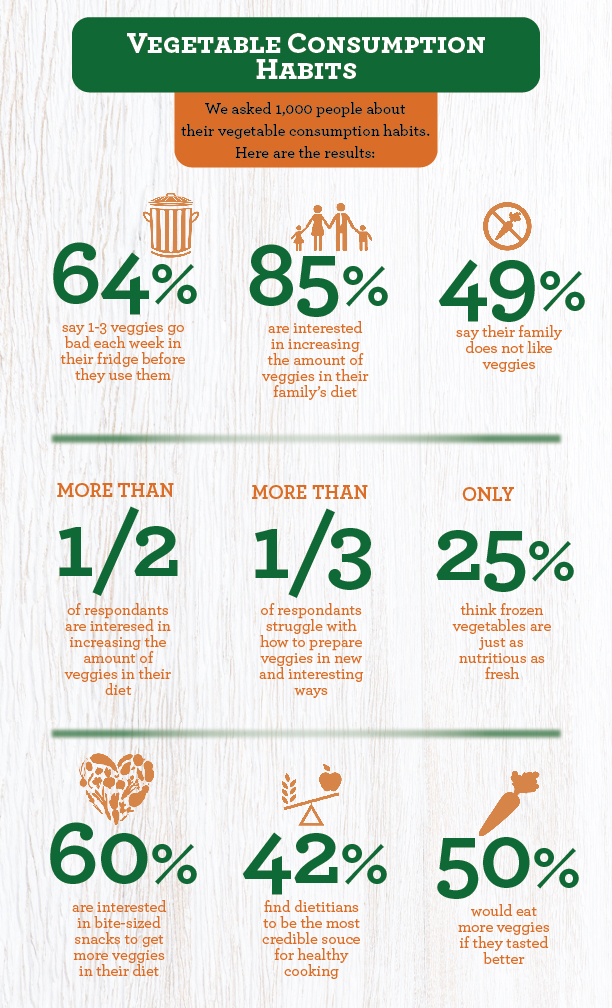