We use cookies to provide you with a better experience. By continuing to browse the site you are agreeing to our use of cookies in accordance with our Cookie Policy.
Home » Organic food sales on the rise across all fresh departments

Organic food sales on the rise across all fresh departments

Produce, the largest category of organic foods, leads the way. But Angela Jagiello, director of education and insights for the Washington, D.C.-based Organic Trade Association, says other grocery perimeter departments aren’t far behind.

“Prepared foods, deli and bakery have also seen impressive growth,” she says. And while the organic meat category is small, its growth isn’t — category sales grew by double digits in 2018.

Breads are among the top organic performers in the instore bakery, Jagiello says. And in deli/prepared, the association has been tracking products that have traditionally been sold in the center store reimagined as fresh perimeter items (soups and juices are too main examples).

Both fresh-baked organic bread and the deli sector as a whole are enjoying double-digit growth, according to OTA.

But the longtime organic category leader — fruits and vegetables — is still carrying the torch.

“Produce continues to be on a tear, as retailers bring in novel items, and work to dial in their best assortment,” Jagiello says. “In the produce set, some retailers are beginning to offer items as exclusively organic, as opposed to offering organic and conventional options side by side.”

Keep an eye on dairy

Organic dairy has been a bit of a conundrum, according to OTA. Organic eggs see great growth, but growth in the overall category has slowed.

Still, Jagiello says dairy is definitely a sector to keep an eye on.

“I would expect the organic dairy set to have some interesting activity. Demand has been stalled due to a number of factors, including the rise of plant-based alternatives,” she says. “However, there’s a tremendous amount of innovation happening in the category, and new products, and upgraded versions of favorites will drive growth in the next few years.”

Organic dairy, Jagiello adds, has great stories to tell about human, animal and planetary heath – all messages that shoppers care deeply about.

Some things about organic haven’t changed, Jagiello says. Organic products have always, by design, been made “with a great deal of care,” she says. That won’t change anytime soon.

But as the category has grown, it’s also evolved.

“Consumer demand has driven growth and distribution, improving availability, selection and price,” she says. “Shoppers’ motivations for choosing organic have begun to evolve from individual concerns — better for me, better for my family — to those that also encompass concern for the planet, farmworkers and local economies.”

As shoppers continue to understand the benefits of organic – particularly as a positive solution for soil, air, water and climate health — more people will be attracted to organic products in all areas of the supermarket, she adds.

One major change in the organic retail food market over the years is that the majority of organic products are now sold through conventional grocery and club stores. 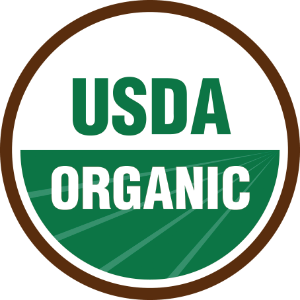 Another change: organic shoppers are younger, a fact that retailers need to pay attention to.

“Forty-five percent of organic shoppers are now millennials,” Jagiello says. “They didn’t invent the label, and the organic industry will need to ensure that they continue to feel ownership and connection with the USDA Organic seal.”

One of the things consumers have consistently voiced is an appreciation for the transparency behind the organic label, she adds. Standards are easily accessible, and the rulemaking process is public.

At the farm level, meanwhile, consumers love to see the people, land and practices behind their food. The next step, OTA believes, is translating those success stories to the point-of-sale.

“Retailers should consider how they can apply this learning in their stores,” Jagiello says. “In prepared foods, they can highlight a particular ingredient producer or a local farm. They can explain what it means to bake organic bread, or how the standards for organic meat differ from conventional practices.”

Millennial shoppers in particular, she adds, like to vote with their dollars for practices and companies they perceive are doing good in the world.

It’s just a question of executing throughout the perimeter.

“Retailers can help them make those connections around the full perimeter of the store – not just in the produce set.”