We use cookies to provide you with a better experience. By continuing to browse the site you are agreeing to our use of cookies in accordance with our Cookie Policy.
Home » National Cattlemen’s Beef Association takes a close look at pandemic buying behaviors

KANSAS CITY - One of the enduring images of the early months of the COVID pandemic was empty grocery store shelves.

Frequently, those shelves were fresh meat cases. When times get tough, consumers want to make sure they have plenty of protein stockpiled.

The empty shelves got the attention of the Denver-based National Cattlemen’s Beef Association, a contractor to the Beef Checkoff.

“We wanted to understand what people were stocking up on,” said Shawn Darcy, the association’s senior director for market research.

On April 10, the association began polling 250 shoppers a week about their fresh meat (not just beef) purchases. The poll was taken every week through Aug. 18, and the final results were striking.

“We’re seeing nearly two thirds of all consumers stocking up at least a little bit more than they typically would,” Darcy said.

One item that consumers seemed not to be stocking up was plant-based meat alternatives, said Bridget Wasser, the association’s executive director for meat science.

In some weeks where ground beef, chicken breasts and other popular stock-up items were polling in the 60s among consumers, plant-based was at around 11%.

“In some of the photos where you see empty meat cases you can still see plant-based products,” Wasser said. “It was harder for folks to stock up on more expensive proteins.”

While ground beef is king in beef when it comes to stocking up, more expensive beef products have also fared well during the pandemic, Darcy said.

“Beef is in a good spot. Demand continues to be high even if prices are a little higher,” he said. “People are more budget-conscious, but they’re defining value in different ways.”

For example, he said, people are still taking advantage of warm weather and buying steaks for the grill, Darcy said. In fact, with recreation and social options limited during the pandemic, cooking a steak in your backyard is likely seen by many consumers as an indulgence worth making.

“People are planning to grill more at home, where steak can really come into play,” Wasser said.

The association’s study of COVID era fresh meat purchase trends also found that, while keeping up with demand was a real problem at the beginning of the pandemic, the industry responded quickly.

“There were so many problems at first, companies had to completely rehaul their distribution systems,” Wasser said. “It’s a lot better now. The out of stock numbers have really gone down. Production for beef is almost back to 100%, and both supply and price are really normalizing.”

At the beginning of the association’s polling period, 18% of consumers said they were concerned about meat being out of stock. By August, that number had shrunk to 5%.

“We’re not seeing a lot of concern related to beef,” Darcy said.

Demand in the “new normal”

One of the association’s findings indicates that even post-pandemic, consumer demand for beef and other fresh meats should continue to be strong. About 86% of people are cooking meals at home, and about two-thirds indicated that the percentage of meals they were cooking at home was higher now than they typically would cook in the past.

As far as what the definition of “stocking up” was for the purpose of its study, the association let consumers define it, Darcy said.

But the term definitely took shape as the poll progressed. For instance, about 90% said they needed to have at least a week’s worth of meat to consider themselves “stocked up,” and 57% said they were often buying three weeks’ worth of meat at a time.

Darcy said it’s hard to predict how much of their behaviors will remain post-COVID, but the association’s findings suggest at least some will. For instance, six out of ten of those polled said they’ll continue to stock up on meat for the foreseeable future.

Another trend that has accelerated during the pandemic and will likely have real staying power, Wasser said, is online purchases of fresh meat.

“Over 60% have done at least some shopping online, and 70% said they’ve started or increased their purchases because of the pandemic,” she said. “That attraction level is very high. At first there was reluctance to buy fresh beef online. Now it’s up exponentially.”

Even with higher end cuts, Darcy said, consumers have a largely favorable view on online.

“People who buy online have been very happy with their steak experience,” he said.

Filling the fridge and freezer

About 60% of consumers are stocking up more now than they did before, according to the association’s research. Most consumers have between one to four weeks of food at home. Another 20% have at least five weeks of meals, with very few indicating they have less than a week of food in their house. In addition, well over half of consumers agree that they will continue to stock up on groceries for the foreseeable future.

One-third of consumers have at least five meals of ground beef or chicken breast at home. At least 20% of consumers are also stocking up on beef roasts and steak, specifically sirloin steaks, strip steaks and ribeye steaks.

Stocking up on steak grew 7% between mid-April and the height of the summer grilling season. Over the same time period, chicken breast saw seen an 8-10% decline in future stocking up behaviors. Couple that with the fact that consumers plan to grill nearly seven times a month, and that consumers’ ideal grilling experience is “all about beef and family,” and a surge in grilling is the result, according to the association.

For those not stocking up on beef, price is the largest hindrance, particularly for roasts and steaks, the association found.

When it comes to ground beef, the biggest reason consumers are not stocking up is because they already have enough stored at home. That said, consumers are looking for easy recipes and preparation ideas to help them cook the beef they have on hand. Some are even looking for specific recipes for grilling or ways to use pantry items they have on hand. The association’s website, Beef. It’s What’s For Dinner, has recipes and cooking lessons available to help excite consumers about eating beef this summer.

As beef continues to garner positive perceptions from consumers for its taste, value and nutritional benefits, the category also provides several options when it comes production claim labels to highlight how cattle are raised and processed.

First and foremost, the vast majority (over 98%) of beef is raised conventionally, meaning the cattle are raised on grass and finished on grain. The balance of beef produced each year (less than 2%) is sourced from cattle who spend their entire lives eating grass. While that’s a very small percentage of the total, it does provide consumers that option if they choose. 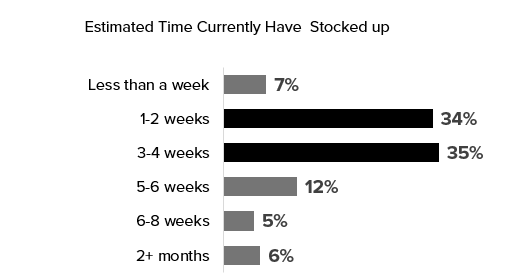 WHEN IT COMES TO BEEF…CONSUMERS HAVE OPTIONS 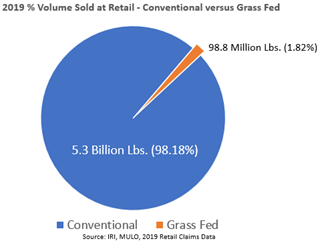 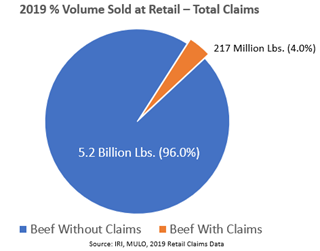 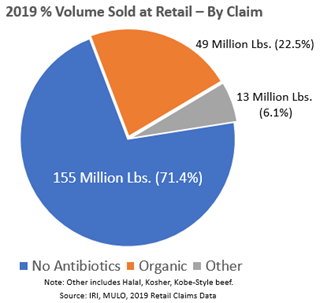 This story was featured in the October edition of Supermarket Perimeter. Click here to view the whole issue.