We use cookies to provide you with a better experience. By continuing to browse the site you are agreeing to our use of cookies in accordance with our Cookie Policy.
Home » Soft pretzel sales on the rise

Soft pretzel sales on the rise

Soft pretzel sales were up in the first quarter for Pennsauken, New Jersey-based J&J Snack Foods Corp., and the company is optimistic about further growth as it continues to integrate its 2018 purchase of pretzel specialist Auntie Anne’s.

Soft pretzel sales totaled $49.9 million in the quarter for J&J, up 2% from the first quarter last fiscal year.

Gerald B. Shreiber, J&J’s president and CEO, says that Auntie Anne’s, which was acquired nearly two years ago, has been a good acquisition for J&J Snack.

“Although it was a competitor to us in the soft pretzel category and supermarkets, now it’s a complementary product to our SuperPretzel,” he says. “So we expect to benefit from that this year and beyond.”

“Retail, the resets are going to be great for us, we think,” says Gerard Law, J&J’s senior vice president and assistant to the president. “We’ve refreshed our Luigi's packaging, which we feel like we’re going to get a bump out of. We have a more comprehensive marketing program going forward in the next couple of quarters. So we’re doing a lot around the business to get the top line to move.” 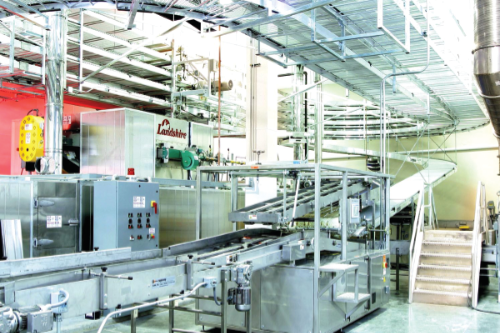 The Landshire Sandwiches plant was previously owned by AdvancePierre Foods before it was sold to Tyson in the summer of 2017. Tyson said it is adding three production lines to the facility which has the capability of producing 16 million lbs of product a year.

Company spokesman Derek Burleson says the upgrade would create approximately 100 jobs, with the new plant lines expected to be operational by March 2020.

In addition to meat-and-cheese stuffed pretzels, the facility produces tuna sandwiches, baked goods and other foods.

Instore bakeries: if you’re not on board already, get on

Gary Gottenbusch, president of Cincinnati-based artisan pretzel specialist Ditsch LLC USA, has a simple message for retailers who may be wondering whether or not they should jump on the pretzel bandwagon. 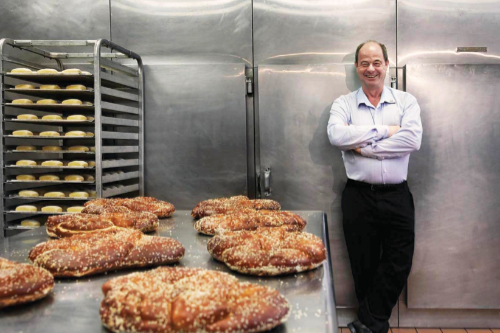 “Supermarkets that don’t participate will miss out,” says Ditsch, who began his career with an apprenticeship at a bakery in his father’s hometown of Munster, Germany, where he learned the art of pretzel baking.

The success of another artisan product is great news for artisan pretzels, Ditsch says, paving the way for multiple cross-merchandising opportunities.

Ditsch products are also a great fit for the increasing number of consumers who are concerned about genetic modification and chemicals that are being added to their diets. The company’s pretzels are made with the simplest of ingredients: non-GMO flour, water, salt, yeast and soy oil.

Gourmet pretzel maker Auntie Anne’s, a division of J&J Snack Foods, helped its customers celebrate the Super Bowl this year with its Game Day Pretzel Packs, which were sold from Jan. 28 through Feb. 2. 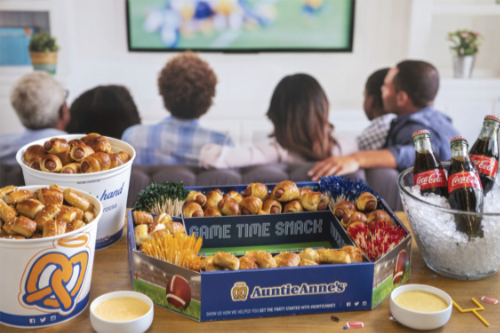 Each bucket contained five servings, which meant 90-100 pieces in the Pretzel Nugget Buckets and 50 pieces in the Mini Pretzel Dogs Bucket. They could be dipped in Cheese, Hot Salsa Cheese, Sweet Glaze, Caramel, Honey Mustard, Marinara, and Light Cream Cheese.

Customers also received a free Snack Stadium holder with the purchase of the Game Day Pretzel Pack. The Snack Stadium featured a unique football stadium presentation for the Pretzel Nuggets and Mini Pretzel Dogs as a perfect complement to watch parties.