We use cookies to provide you with a better experience. By continuing to browse the site you are agreeing to our use of cookies in accordance with our Cookie Policy.
Home » Suppliers anticipate quality berry supply this year

As retailers head into the early season berry period, suppliers are projecting good quality and supply of their crops for strawberries, blueberries, blackberries and raspberries. Rains have slowed some production by a couple weeks, but things should be on track for plentiful promotional opportunities once the season is in full swing.

By all accounts, it's been a reasonably "normal" growing season in all the major growing areas of the berry category, says Jason Fung, vice president of categories, berries and greenhouse for The Oppenheimer Group, Vancouver, British Columbia, Canada.

"Oppy is confident that this set up will continue on through the first quarter of 2020, and as such, we will keep seeking strong promotional opportunities with all of our partners," he says. "Strawberries, blueberries, blackberries and raspberries, in particular, will see a concentrated push in terms of promotions through the first quarter of 2020," he adds.

"We also are promoting our year-round fresh raspberry program that is currently coming in from Mexico throughout spring until the season shifts to California later in May," she says.

February brings much more activity on fresh strawberries from California, Florida and Mexico, and Jewell says Cal Giant is already fielding questions about availability of stems as its buyers start looking at Valentine's Day.

"We are excited about the fact we have year-round availability of all four berries because of our diversity with growing regions," she says. "Even though we are starting slower on strawberries in California, we have them available in Mexico and Florida."

"Florida, right now, is producing some excellent-quality strawberries," he says. "The fruit is running about medium size with good coloring, shaping and taste, which translates into a good eating piece of fruit." 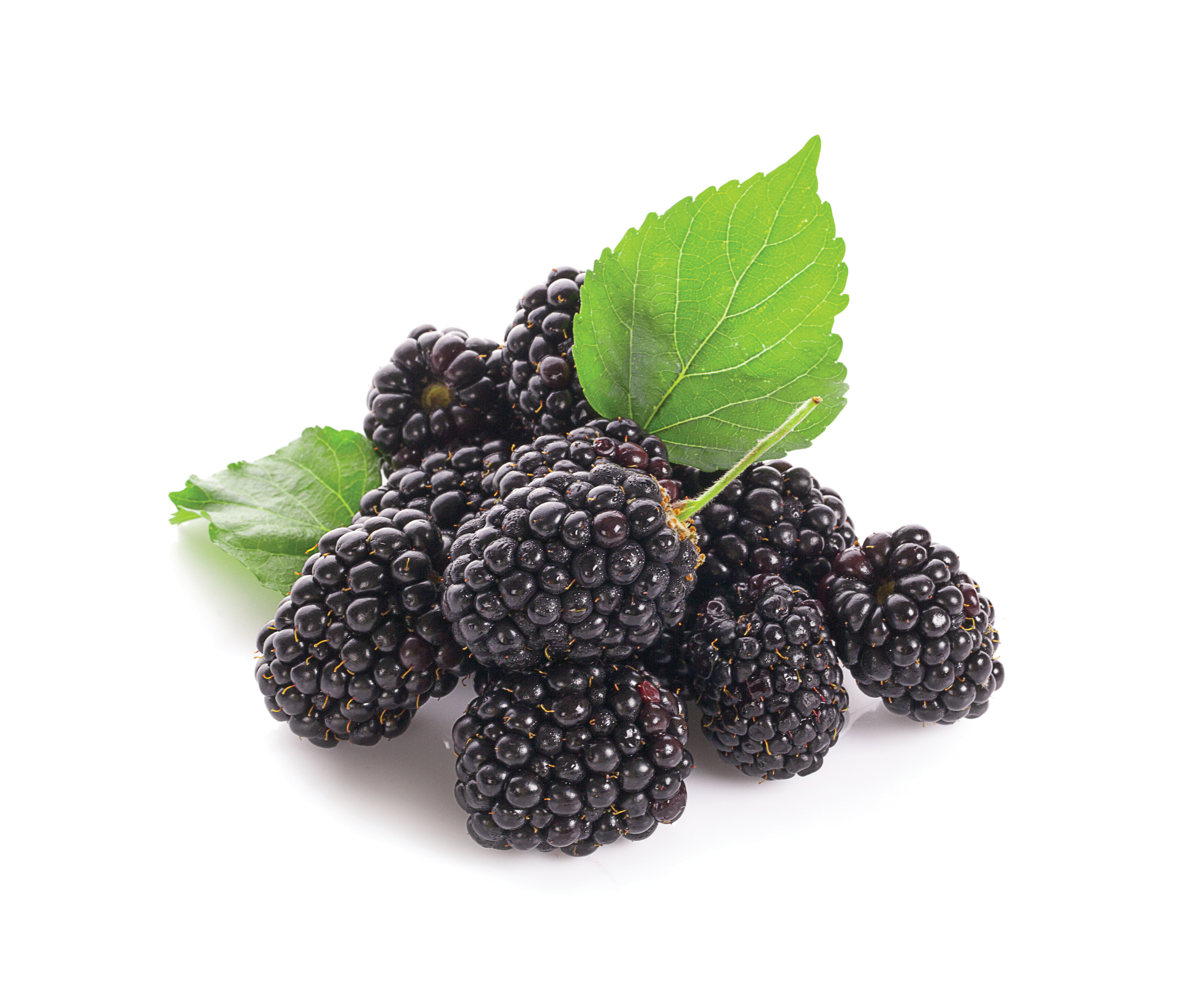 Well-Pict's Southern California fields got a late start in January due to some previous rains.

"This means we are about two weeks behind schedule, but the rains were a good thing in as much as they provide always need moisture as well as leaching some of the salinity out of the soil, which makes for better growing conditions," Grabowski says.

Well-Pict offers strawberries primarily in 1-pound and 2-pound clamshells, in both conventional and organic.

Raspberries from the company's California fields generally don't start up until later in April and are offered in 6-ounce and 12-ounce clamshells.

Doug Ranno, president of Fresh Results LLC, Sunrise, Florida, says import volumes are continuing to increase, and demand for proprietary varieties (such as the ones the company offers) is peaking.

Ranno says the strawberry markets have been tighter than usual, driven mostly from colder weather. He's seen great quality of the strawberries starting out of California and Florida with promotable volumes ready to go this month.

"This, coupled with the off-season alternative of individually quick-frozen (IQF) blueberries, means our retailers never have to be without blueberries, no matter the season," he says. "The majority of our South American imports come from Chile, Peru and Argentina. Fresh blueberry season in the U.S. will resume in April and run through late September."

Karen Brux, managing director of the Chilean Fresh Fruit Association and director of CAIA, San Carlos, California, says Chilean fresh blueberry exports are expected to grow again during the 2019-20 season to reach 115,000 tons, a 4% increase compared to the previous season.

Of the total volume shipped season to date, 23,405 tons have been exported to the U.S., representing 49% of the total, she adds.

Additionally, shipments of organic blueberries continue to increase and 5,206 tons have been exported through week 52, 11% of the total exported to date and 45% more than the previous year. Of total Chilean organic blueberry volume, 81% has been shipped to the U.S. market.

There definitely are workhorses in the berry category and the 1-pound strawberry clamshell does the daily heavy lifting, says Jewell of Cal Giant.

"We are also seeing the pint container for blueberries beginning to take center stage as the most popular every day container, taking share away from the 6-ounce container," she adds.

Berries continue to be a popular choice for consumers based on flavor expectations and nutritional value, Jewell says.

"The darker berries (blueberries and blackberries) are known for their superfood powers with nutrients, but overall, they all are popular and on pretty much every New Year's diet as a favorable choice when considering healthy options that still fulfill that 'snack' craving," she says.

Jewell also says the newer Florida brilliance variety of strawberries has both good size and flavor, which have led to consumer enjoyment.

Research has found that awareness of blueberry health benefits is linked to purchase – and about two-thirds of consumers are aware of the specific health benefits of blueberries, according to U.S. Highbush Blue berry Council's most recent Consumer Usage & Attitude Study that was conducted in this past summer.

"Consumers recognize blueberries as a delicious handful of health providing big benefits, and this is something that can be communicated on the retail-level through point-of-sale or merchandise displays," says Cronquist of the U.S. Highbush Blue berry Council.

In addition, a recent survey of U.S.-based registered dietitians revealed that blueberries were their top recommended fruit, with 86% recommending blueberries frequently or always, he adds.

Brux of the Chilean Fresh Fruit Association says organic berries, specifically blueberries, are in high demand and this has been a big growth opportunity for the Chilean blueberry industry.

Among fresh produce items, organic blueberries saw the highest growth, with dollar sales up 33.3% to $256 million for the 52 weeks ended Dec. 29, 2019, according to Nielsen.

Grabowski of Well-Pict agrees, saying that the past number of years, the 1-pound clamshell has been a leading item. "However, lately, we have seen an increase in demand for the 2-pound clamshell with it becoming a consistent shelf item in many retailers produce departments," he adds.

Jewell adds that as these bigger pack sizes have grown in popularity, they've improved sustainability because they require less packaging and move more volume.

"Also, we have done some testing on cardboard clamshells for strawberries and still hope to make some headway on that front," she says. "There are many challenges we are still working with on this direction, but we understand the need to consider sustainable options for the future." 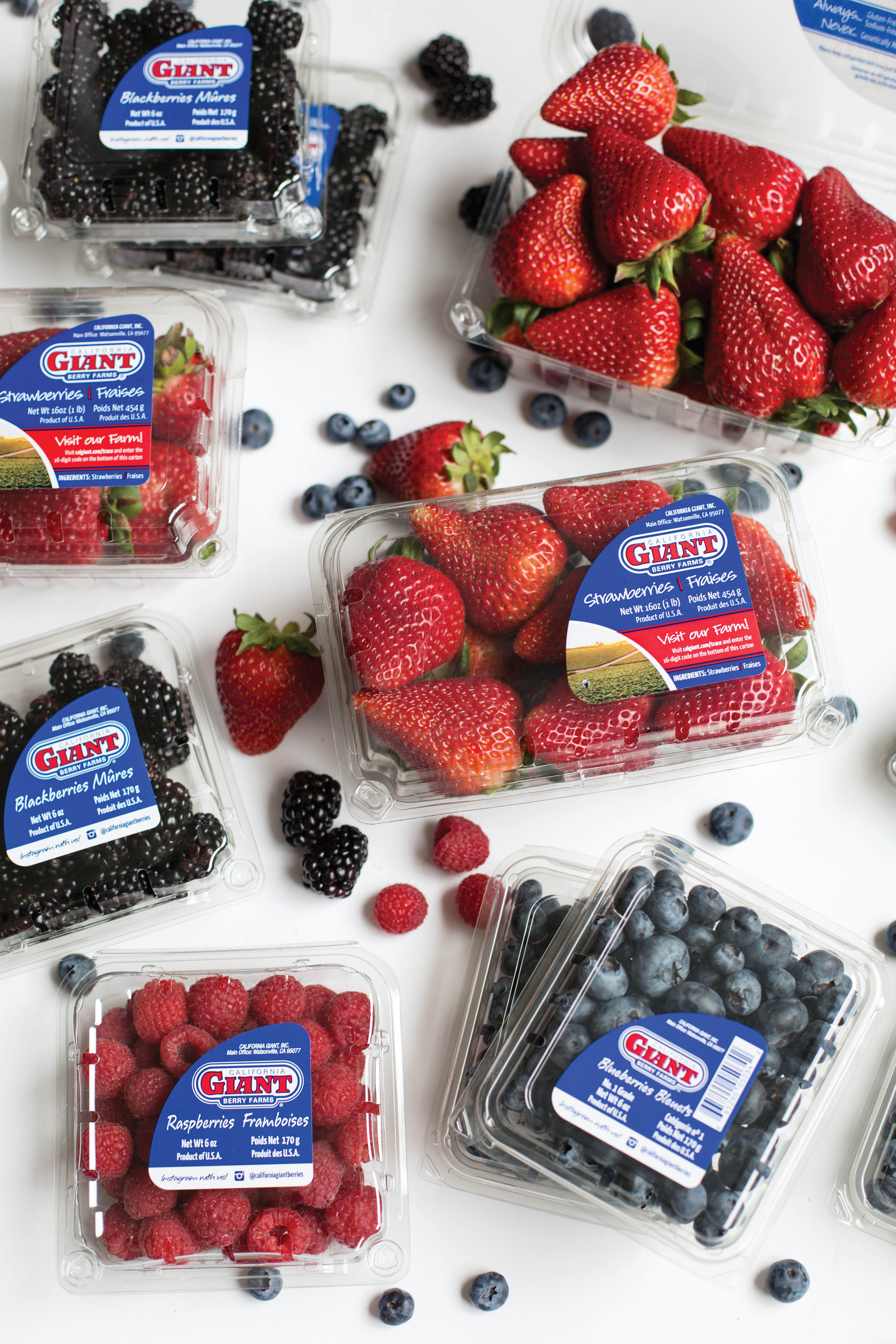 The promise of spring weather usually leads to higher demand for berries, as people have been "orange-d, apple-d and banana-ed all winter," says Grabowski of Well-Pict.

"Granted berries have been around through the winter months but they have been higher priced and lack the draw in winter months," he says. "Retailers are looking to make their produce departments a destination and nothing like the fruits of summer, that is strawberries and raspberries, to make people feel like warm weather is just around the corner."

Big bold displays of strawberries, raspberries and blueberries will do nothing but draw customers through the doors and into the produce department, Grabowski says.

"Besides good eating straight out of the containers, berries are naturals to go with many other products from cereals to whipped toppings to pound cakes," he adds.

Jewell of Cal Giant agrees that all berries should be displayed in the produce department together as a berry destination.

"We also like the idea of promoting multiple berry types together as the volume increases," she says. "Consumers like the opportunity to mix and match their purchases with berries having the same pricing when peak seasons overlap."

"Shoppers love having a solution provided when buying their berries, so when dessert items are included, that helps to add to the overall ring at the register," Jewell continues.

With February being Heart Health Month, Cronquist of the U.S. Highbush Blue berry Council says the group is proud that blueberries are certified as heart-healthy through the American Heart Association Heart-Check Food Certification Program.

"USHBC growers and marketers can use the official heart-check mark on blueberry packaging and promotions, and retailers can highlight the distinguished red check throughout point-of-sale, merchandising displays and print or online product promotions," he says.

Finally, Ranno of Fresh Results says the best promotions are always seasonal when flavor is at its peak by variety, region or berry.

"Holiday promotions that are large, colorful and visually appealing drive sales because consumers make purchase decisions 68% of the time based on visual appeal," he adds.