We use cookies to provide you with a better experience. By continuing to browse the site you are agreeing to our use of cookies in accordance with our Cookie Policy.
Home » Paris leads the way with new baking techniques, products and ingredients

The baking tradition in France may be unparalleled. At the heart of that tradition is the vibrant city of Paris that continues to lead the way with new baking techniques, products and ingredients that have the potential to transform the global artisan baking world. The eyes of the craft baking world are constantly on Paris, and that’s never more true than during Europain.

The European craft baking tradeshow held Jan. 11-14 reinvented itself this year. Held at the Porte de Versailles located in the Paris city center, the location and size of the venue made it possible for attendees to not just attend the show but also experience all the city has to offer. Despite difficult conditions due to a more than month-long public transit strike that all but shutdown the city’s Metro subway system, more than 38,000 filled the halls of Porte de Versailles for four days.

The venue was smaller than years past, but the new format and new show features were welcomed by baker attendees for the more intimate atmosphere. “While I was strolling around the stalls, I could really feel there was renewed interest in both exhibitors and visitors for this Europain trade fair,” said Christophe Girardet, owner of the bakery Victor et Compagnie in Lyon, France.

While it was a very French-focused event, about 25% of attendees were from other countries. And of the 452 exhibitors and brands at the show, 18% were international.

Nowhere else in the show could the international influence be more felt than in the Coupe du Monde de la Boulangerie — World Cup of Baking.

Spotlight on health and alternative grains

Alternative grains and blends of grains were a constant across the Europain show floor. Bread created with grains like buckwheat, spelt, einkorn, rye and quinoa could be seen at most booths. There were fortified breads and baguettes boasting vitamin D with chia seeds and red quinoa blends.

The driving factor of these types of bread is their healthy additions and reputation.

Another trend not new to the world of baking that could be seen abundantly at the event was organic ingredients. And one panel of industry experts asked the question: Is converting to organic products a necessity? The answer: not quite.

“No, it’s not compulsory,” answered Fabian Delamare, artisan baker from Delamare Boulangerie in Elbeuf, France. “We want to respect the purchasing power of some customers. Organic is typically 20% more expensive than conventional food. We see that 2 out of 10 consumers buy organic. And yet there is a demand to offer both.”

There are several challenges in farming and harvesting organic traditional wheats. It takes three years for farmers to convert to organic, and the farmland and yields from these farmers still doesn’t compare to traditional wheat. However, alternative grains grown in smaller quantities are often already grown organically, so they lend themselves better to the trend.

The baking process also varies greatly with organic wheat versus conventional, which can include improvers and other ingredients to help the bread. The trend toward organic products continues to accelerate and Delamare said it’d be wise for bakers to offer an organic product in addition to their non-organic product line.

“We’ve seen the increase in demand for organic products,” Delamare said. “The younger generations are more sensitive to this, and they expect things that are good for the environment and themselves.” 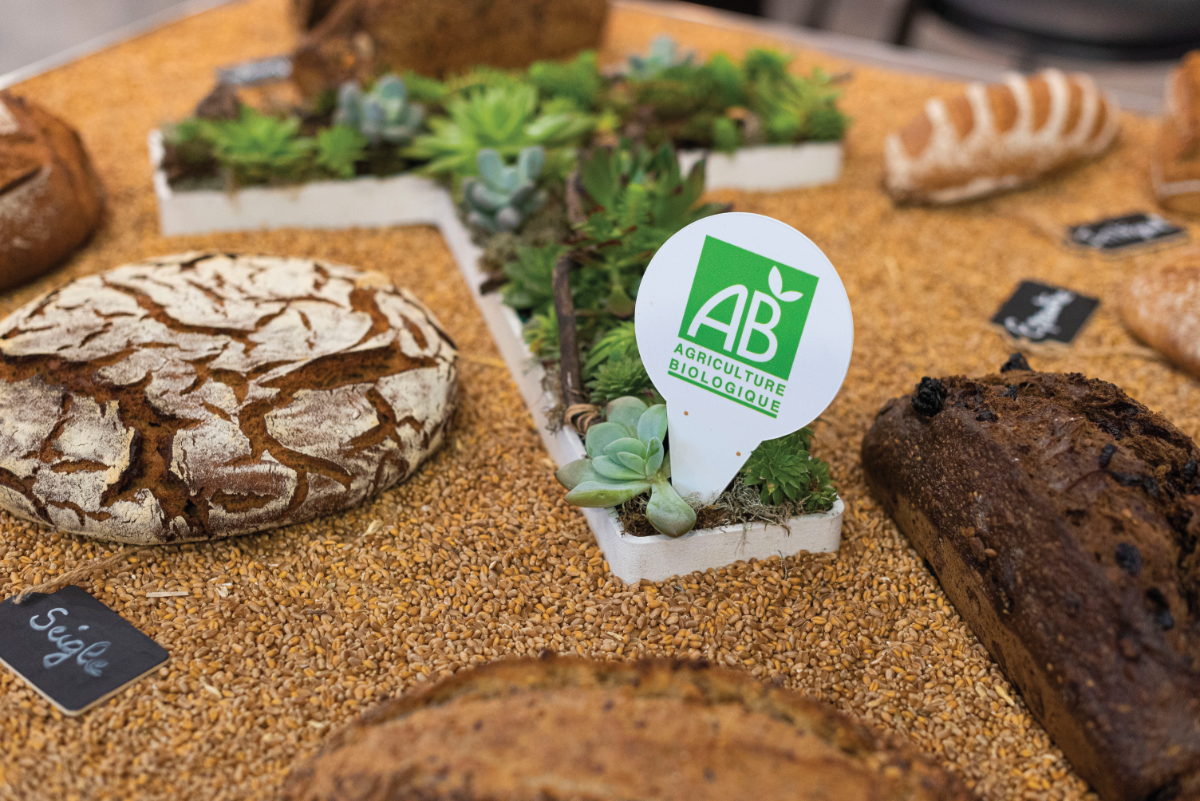 Co-produced by Europain and the students from Le Cordon Bleu School of Catering in Paris, Europain featured an inspiring new concept that delivered an immersive experience through a bakery concept that stands as a source of inspiration to entrepreneurs of today and tomorrow, known as Muse.

As a concept bakery, Muse made and sold bakery and snacking products throughout the show. This live demonstration was unique in terms of customer experience, products, production methods and payment system. It combined artisan methods with new technologies, and it served as a gathering place for business meetings and relaxation. The students from Le Cordon Bleu designed Muse as an ecosystem in which nothing was wasted. This theme could be seen throughout Europain as several speakers and events highlighted the need to reduce food waste in restaurants and retail bakeries.

At the Bakery and Snacking and Sweet Creations stages, craft bakers continuously educated attendees on the latest techniques across disciplines. There were 51 masterclasses on tatins, vegan cakes, bao breads, fermented doughs, puff pastries, rye breads, pistachio donuts and gluten-free pastries. Bakers from all over the world offered their perspectives and techniques and these exhibitions of craft bakery knowledge.

Fermented breads on the rise

Two giants in the craft and retail bakery world dished on how fermented bread production shouldn’t scare bakers. Like all other bread recipes, it can be repeated and perfected to synchronize production in any size of bakery.

Daniel Leader, founder of Bread Alone, Lake Katrine, N.Y., and Apollonia Poilâne, third generation baker at Poilâne Bakery, Paris, discussed trends in fermented bread and how their bakeries have mastered the art during a forum discussion at Europain.

Leader discussed how bakers may be hesitant to start a fermented bread line because of the factors involved with slow fermentation, but it can be broken down in simple terms if understood correctly. 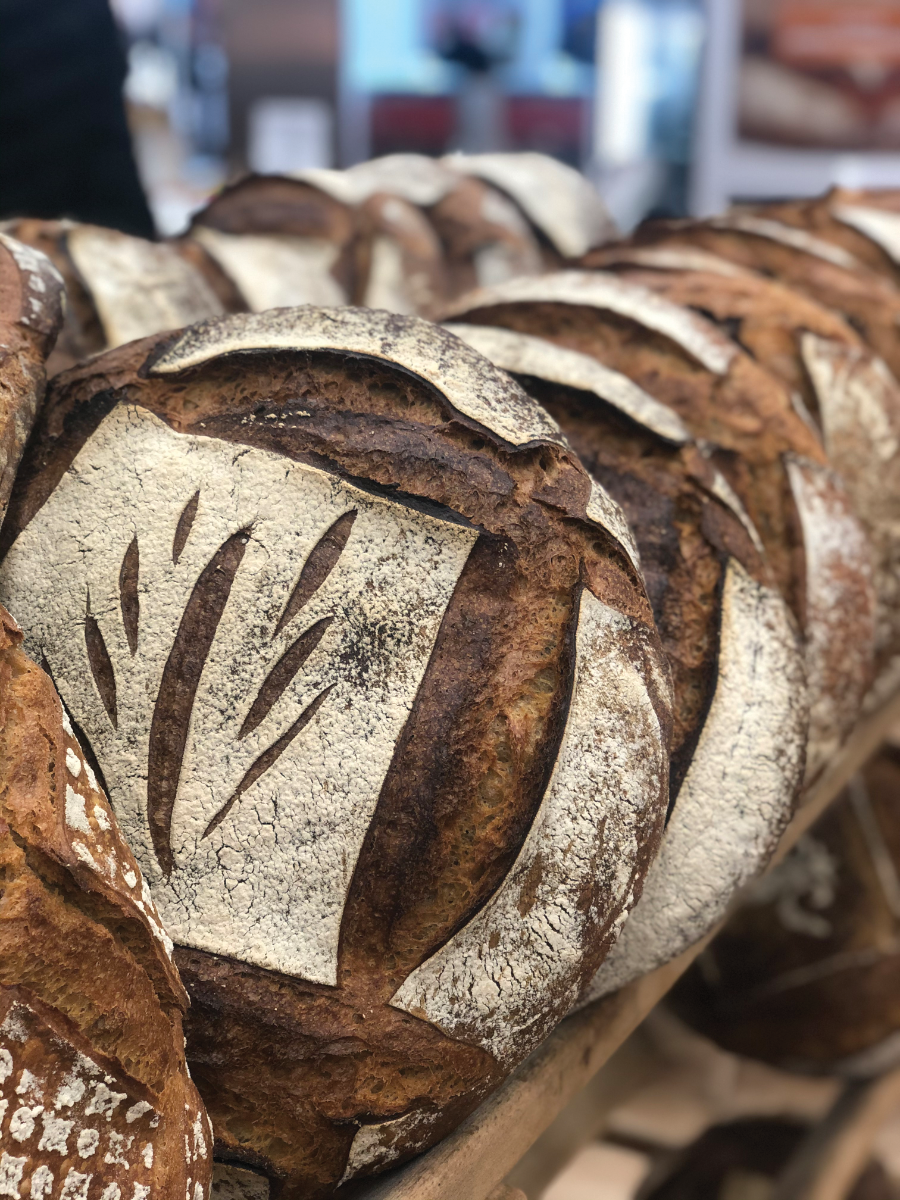 “If you want to build a lot of sourdough and control it, you simply need the space, the time and the temperature,” Leader said. “If you stick with the basics, meaning a good culture and a good feeding schedule, and can control time, there’s no reason why big bakeries can’t benefit from sourdough.”

Because of new technologies, Leader said it’s a great time for bakers of any operation size to start creating sourdoughs.

From his own experience, Leader described the process of ramping up Bread Alone’s sourdough production from 2,000 kg of dough per hour to 10,000.

“We didn’t change how we did our sourdough; we just had more doughs and bigger rooms to control them,” he said. “The only thing we’ve changed is that now we have temperature-controlled tanks for our liquid sourdoughs. It’s very easy, very controlled. They automatically stir every 20 minutes.”

In addition to new technology, there’s more research than ever available to help bakers start their own production, he noted.

In Europe, the collaboration between bakers and millers is critical to developing proper fermentation techniques.

“Bakers in France can just go to their local flour mill, do a two-week course on how to optimize their flour and come away as better bakers,” he said, adding that North American bakers need to further develop these relationships.

Europain also is offering a wealth of solutions for European bakers that apply in North America. There are companies selling sourdough starters and temperature-controlled tanks. And there is a plethora of alternative grains available from European millers. Leader said the U.S. market is warming up to the idea of healthier bread using alternative and ancient grains, but the market still needs to evolve. What’s already developed and will continue to grow over the next decade, Leader hypothesized, is the continued growth of sourdoughs and fermented bread.

The best time in the world for bread

All of the creations on the Europain show floor made one thing clear: there is no better time for bakers than now. Despite the challenges with diet fads and attacks on bread as an unhealthy product, bakers have never made better, or more nutritious bread, than they do today. 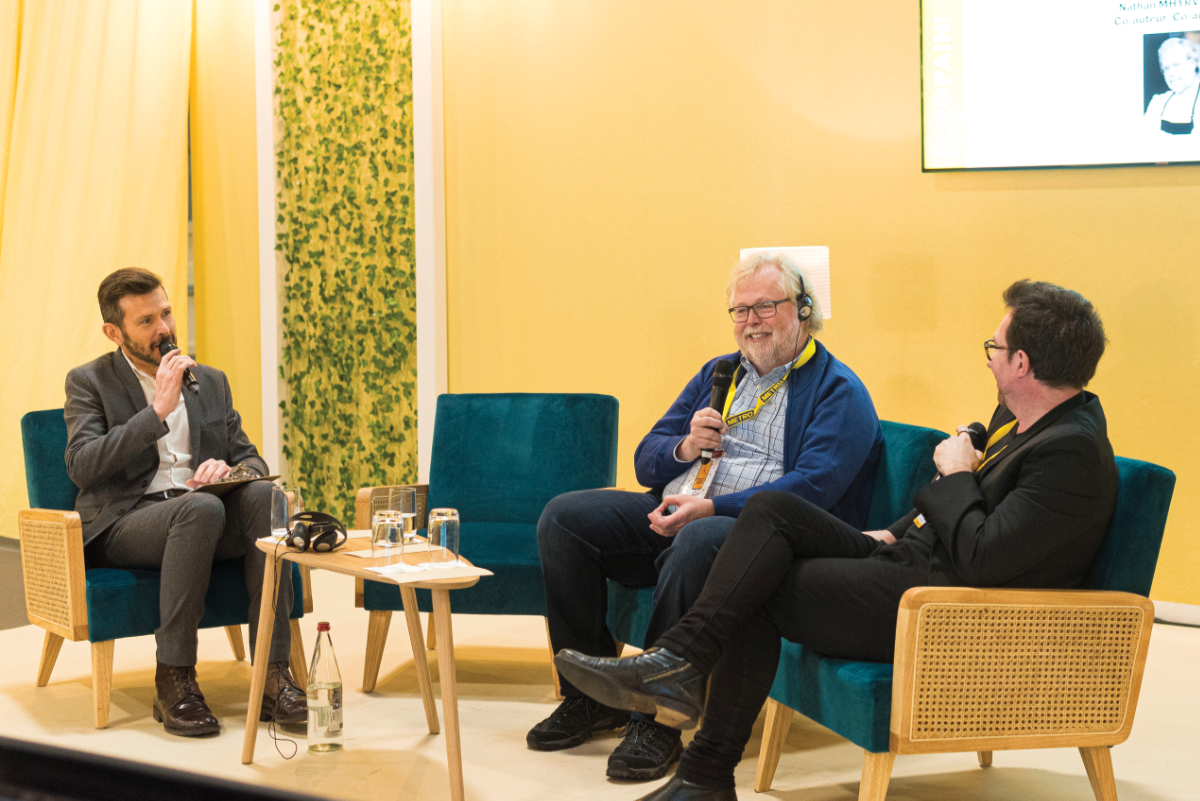 That’s a point Nathan Myhrvold made clear during his forum discussion at the show. Myhrvold is the founder of Modernist Cuisine and the lead author of Modernist Bread, which was published in 2017. The book provides a comprehensive look at the history, techniques, ingredients and equipment used to create bread around the world and in 2018 it won a James Beard Award.

“We should recognize that the best bread that the world has ever known is being made today and not at some distant point in the past that we have to hope to recover that lost knowledge,” he said.

He explained that while the artisanal movement, especially in North America, was an antidote to industrial breads, it needs to look forward and not back. “If we want bread to be relevant in society, we have to be creative with it. We have to invent new things and not just wish that we were baking in a French village in the 19th century.”

Craft baking continues to progress at the benefit of all those looking for the next great product. And Europain shined the spotlight on these industry changing technologies and techniques.

Combined with the 2020 Coupe du Monde de la Boulangerie and the 2020 Coupe Europe de Patisserie, this year’s Europain found its new identity in the heart of Paris. It will return to the Porte de Versailles in 2022.