We use cookies to provide you with a better experience. By continuing to browse the site you are agreeing to our use of cookies in accordance with our Cookie Policy.
Skip To Content
Home » Zarda Bar-B-Q, Hy-Vee partner with MLB, NFL players for charity

Part of the proceeds from this sandwich were donated to Tampa, Fla.-based Big Brothers Big Sisters of America, an organization that partners youth with mentors. 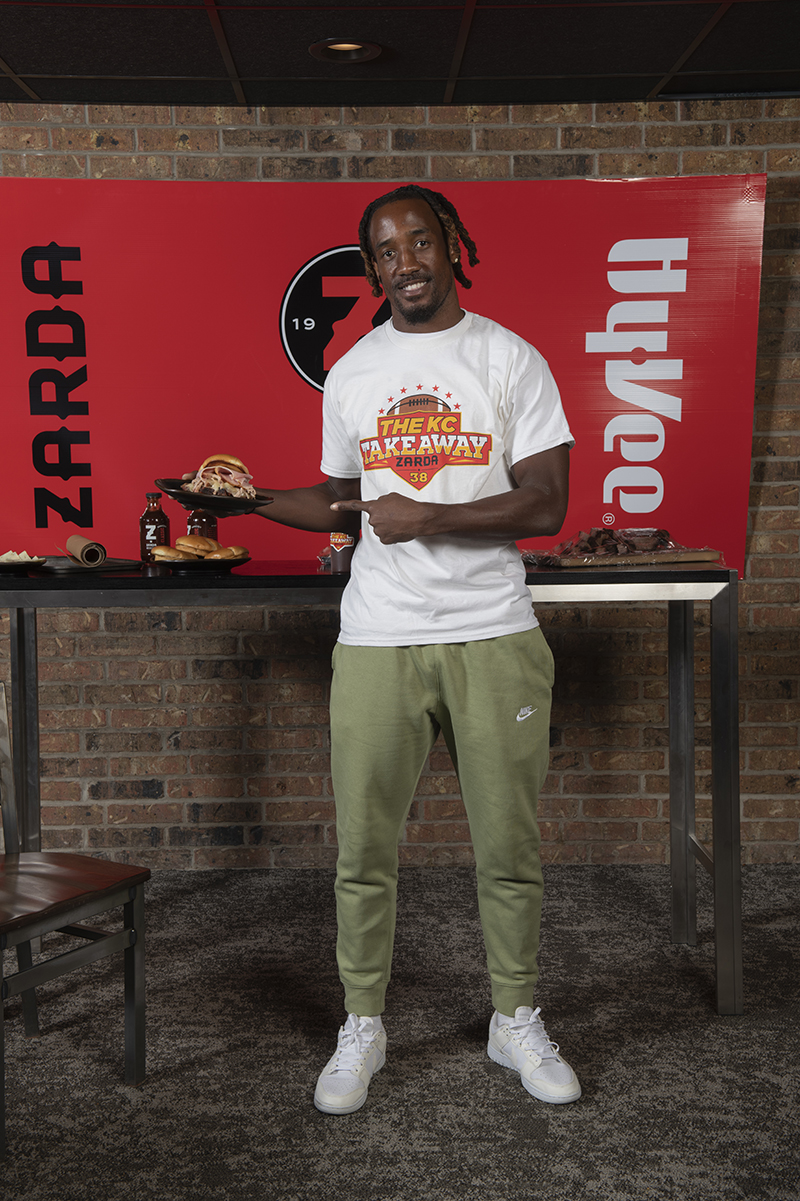 The ‘Big Dozier’ was available through the end of the baseball season and will return at the beginning of next year’s season. In the meantime, Zarda and Hy-Vee announced on Aug. 31 that Kansas City Chiefs cornerback L’Jarius Sneed has partnered with them to launch his own sandwich, the ‘KC Takeaway,’ a nod to Sneed’s football position since the defense is always trying to take the ball away, Schwirtz said.

The ‘KC Takeaway’ launched in Zarda restaurants and Hy-Vee Market Grilles on Sept. 9 and will continue to be available through the end of the football season, up until the Big Game.

“We’ve all been pent up with the pandemic,” Schwirtz said. “To have a fun sandwich while doing something amazing for the community is just such a win.”

While the ‘KC Takeaway’ is available for instore dining, consumers can also place larger to-go orders of the sandwiches from Hy-Vee Market Grilles for parties and other get-togethers.

“Grocery stores along with restaurants are really on a make-up trail,” Schwirtz said. “Demand is extremely high as people put off a lot of occasions and are now celebrating.”

Schwirtz said that during football season, many consumers will also order from retailers that have barbecue catering menus for their tailgating parties at the games.

“Tailgating is just another word for catering,” Schwirtz said.