As the consumer’s end-of-summer plans merge with back-to-school shopping and preparation for the fall, retail foodservice is preparing to meet their needs.

Carl Cappelli, vice president of sales and business development for Schwenksville, Pa.-based Don’s Prepared Foods, has kept an eye on the flow of consumer behavior throughout the pandemic. He noted an increase in foodservice sales through the summer as the attitude toward the pandemic has relaxed among many.

“People were pent up with nothing to do, and now they have money saved up and are out spending money like crazy,” he said. “Come back to school, with inflation and gas prices, things may slow down.”

However, Cappelli predicts the decline to be temporary as football season and holiday gatherings pick up in the fall. What does this mean for the supermarket deli? Consumers are looking for deli sides to entertain guests and to enjoy by themselves while watching the game at home.

The desire for dips

The main thing that Cappelli said has stayed consistent from the beginning of the pandemic is the consumer’s increase in snacking, particularly on dips. With more Americans working from home than ever, consumers strayed from traditional mealtimes and portion parameters.

“The evolution that occurred was snacking at home, dipping at home,” he said. “It’s not ‘Leave It to Beaver,’ not the 1950s. It’s not three square meals a day. Americans went dip crazy.”

Cappelli observed that at both the IDDBA show in Atlanta and the New York Summer Fancy Food Show in June, “everyone had dips.” He said, “The two most sought-after things were buyers and food service retailers looking for dips and spreads.”

While the summer created a rise in demand for cold dips and salads, the fall will bring more demand for dips that are best served heated up. Consumers will also be looking for unique, exciting flavors with healthy options.

“If you’re working from home, you can’t do burgers and fries all the time,” Cappelli said. “People want flavor, globally inspired cool stuff, but they want health.”

New flavors for a new season

No matter if the consumer is looking for a healthier option or a more indulgent choice, they want their snacks to be packed full of flavor. Don’s Prepared Foods currently sells 10 different dips, five that are more indulgent and five that they consider “clean.” 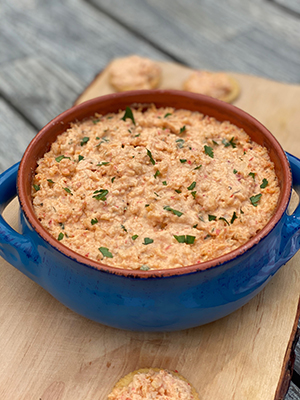 Of the 10 dips, Cappelli said that the best ones to serve heated up are anything seafood related. Don’s best seller is the Cajun Crab Dip followed closely by the Dynamite Shrimp Dip.

Cappelli shared that there are also five new gourmet cheese spreads coming down the pipeline. These new flavors will be available for retail Aug. 8.

“Cheese spreads have really come of age,” Cappelli said. He attributed this partially to the cream cheese shortage in the U.S. several months ago. Now that it is back, it is in high demand.

Cappelli notes that the types of cheese dips and spreads consumers crave depends on where they are from. He sees cream cheese and schmears on bagels as more popular on the East Coast. People in southern states gravitate more toward pimento; however, Cappelli said that pimento is also the No. 1 cheese dip in most households across the country.

The plant-based trend is here to stay

Along with the demand for cheese dips and spreads, consumers are still gravitating toward plant-based options. Cappelli said that the older generations are wanting plant-based deli sides for health purposes while younger generations are more concerned with the environment. Either way, he said, they don’t want to sacrifice on flavor. Two of Don’s Prepared Foods’ plant-based hot sides are the Plant-Based Burrito Bowl with Southwest flavors and the Plant-Based Korean BBQ-Style ChickN Bowl. 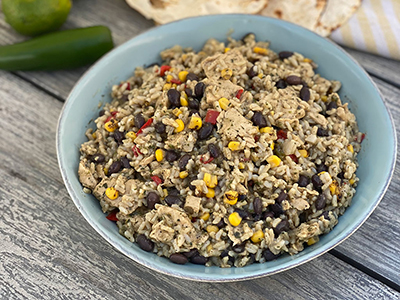 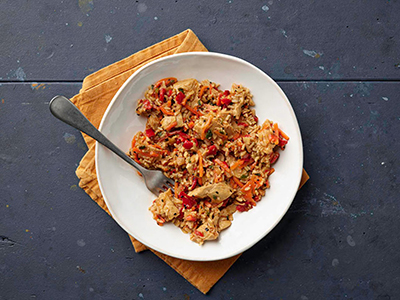