We use cookies to provide you with a better experience. By continuing to browse the site you are agreeing to our use of cookies in accordance with our Cookie Policy.
Home » Editorial: Food industry works harder than ever to meet consumer demands 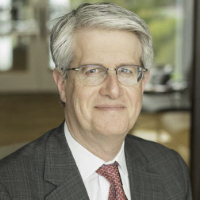 Amid understandable anxiety over whether the US health care system will be up to the task of handling the spreading cororonavirus pandemic, the response to date of the milling, baking and the entire food industry should be a source of unbridled pride to everyone associated with the business.

Grain-based foods companies interviewed by Milling & Baking News for the March 24 publication described herculean efforts made to meet customer and consumer demand amid circumstances never experienced on a nationwide basis. Facing an abrupt collapse of its foodservice customer base, bakers immediately marshalled the necessary resources to reorient production infrastructure to meet the surging and seemingly endless bread demand from supermarkets.

More startling in some ways was the tsunami of demand for family flour. A product that has been in a steady decline for longer than a century, flour flew off of supermarket shelves like never before. Especially remarkable was the popularity of 10-lb and 25-lb bags of flour. In some locations where those sizes were sold, buyers chose 5-lb and 2-lb bags only when the larger sizes were gone.

Millers and bakers credited dedicated long-term employees for working long hours to ramp up production dramatically during this period. Milling and baking executives deserve credit for their willingness to pay overtime and make other sacrifices in the name of doing whatever is necessary to keep supplies flowing to customers.

Retailers have responded in numerous creative ways trying to deal with the crisis, including an announcement that Amazon was hiring 100,000 full- and part-time positions between now and April for its fulfillment centers while boosting wages for its employees during this period. Other retailers have offered special shopping hours for older shoppers considered more vulnerable to the virus, an initiative so popular that it failed to allow the intended social distancing.

Amid the successes, worries about whether the supply chain would hold loomed large across the food industry.

Two specific supply chain areas of concern stood out — government regulation and labor shortages. In a letter to government officials, representatives of 60 food and beverage organizations said production assets and supply chains are up to the task of meeting demand if able to run at full capacity. As movement and work restrictions tighten because of the coronavirus, ensuring that food suppliers can get their work done will be key. The pace of the spread has varied widely across the country, and so has the rate at which restrictions and other regulations have been imposed. A lack of homogeneity when it comes to rules and regulations is the bane of business’ existence in normal periods. In a crisis like the coronavirus pandemic, such a patchwork could prove catastrophic to the nation’s food supply.

“This lack of uniformity is leading to significant confusion and could further deteriorate if a level of consistency across states and municipalities is not achieved quickly,“ the food and beverage groups said.

The letter called for exemption from restrictions on movement and activities for food and beverage companies as well as businesses responsible for essential supply chain components such as ingredient transportation, warehouses, distribution centers and retail stores.

The second concern, looming menacingly around the corner, is whether workforce availability will be hurt because of workers who are sickened or need to be quarantined.

Access to labor has created supply chain disruptions in Europe, prompting guidance from businesses there to act early to ensure social distancing in facilities. In addition to extra cleaning and sanitation, staggered breaks and scheduling that thoughtfully maximizes social distancing.

Many US companies have wasted no time in implementing such procedures, with one vast corn processing plant described as operating “basically on skeleton crews with supervisors down to two per shift and they can only work with the same group of people.”

Given the small number of confirmed cases in many areas of the country, such steps may appear overdramatic initially. But the swell of new infections announced nationally and the devastatingly tragic news coming from Italy affirm the need for proactive policies.

The extraordinary response of the food industry to this paralyzing crisis represents a high-water mark in demonstrating its capabilities and value to the American public. Keeping its workforce as healthy as possible in coming weeks and months is key to ensuring this triumph is not tragically undone.