We use cookies to provide you with a better experience. By continuing to browse the site you are agreeing to our use of cookies in accordance with our Cookie Policy.
Skip To Content
Home » Asian-inspired foods are making a big impact on consumers

Asian-inspired foods are making a big impact on consumers

As the fastest-growing category, Asian-inspired foods continue to make a culinary impact on consumers.

Tired of sriracha, bored with pho? You’re not alone. Consumers know there’s a big, wide world of cuisine waiting to be discovered. As the largest continent in the world, Asia offers a wide range of yet undiscovered innovative flavors. While staples of fried rice, dim sum and teriyaki chicken remain perennial favorites, there’s a growing consumer quest to discover new flavors from the Asian continent.

By openly embracing innovation and change through food, consumers have more options than ever before. Members of Gen X, Millennials and Gen Y are the first in line to sample the interpretations prepared by first- and second-generation Chinese, Japanese, Thai, Vietnamese, Malaysian, Korean and Indian Asians who are using food to share their world. Diners then rate their experiences and further spread the word, thus stoking demand.

Such opportunities in part stem from a growing demographic shift as well as more Asians attending higher education institutions in the U.S., according to Pew Research. These transplants seek out foods and restaurants that provide a taste of home and create demand for more authentic eating experiences, whether that’s prepared in a restaurant, by a food truck or in the instore deli.

“Texture plays an often unrecognized but significant role in bringing to life what a consumer experiences as authentic when it comes to Asian cuisine,” says Erin Radermacher, texturizers and specialties technical account manager, Cargill, Minneapolis. “For example, the floral notes of a cherry blossom beverage would need to be paired with a neutrally flavored texturizer to not mask this flavor’s delicate qualities. Alternatively, a heavy fat-mimetic property is needed to recreate the mouthfeel of an authentic Japanese Tonkotsu ramen.”

Convenience paired with authenticity is the aim of Van’s Kitchen, Dallas. The company offers a 2-pack grab-and-go option for its signature egg rolls along with larger 4- and 5-packs. Made with fresh whole ingredients, the egg rolls are free from egg, dairy, peanuts and added MSG.

As far as trends go, many of us have been enjoying Asian foods, including egg rolls, for some time. We’ve sampled once-exotic Malaysian star fruit and dragon fruit and tried the versatile and savory jackfruit that’s transformed into vegetarian barbecue pulled pork. Likewise, Korean-based kimchi and other fermented foods continue to gain attention as a popular side dish, soup accompaniment or sandwich ingredient. Even drugstores are getting in on the trend. Walgreens in Chicago offers sushi and other food offerings in its efforts to be a wellness destination.

And don’t forget sriracha. The once-trendy condiment continues to be the catalyst for culinary refinement and reinvention. Consumers add ultra-versatile sriracha to everything from eggs and fries to Japanese donburi bowls with meat, veggies and protein simmered together and served over rice. Cargill is seeing consumers move beyond the familiar sweet and sour flavors to include bold and spicy. This includes interest in chili sauces using a range of exotic peppers. Michael Baumber, technical service representative, Cargill, mentions the growing popularity of India’s ghost pepper, Korea’s fermented gochujang and harissa from Tunisia.

New Food magazine predicted that, among Westerners, the Asian food inspired trend will continue with consumers looking beyond mainstream pho and Bahn mi sandwiches. Today’s inspiration is driven by the internet, social media, street food, fusions and word of mouth. As evidence, some 2020 trend articles point toward blends of Mexican and Southeast Asian, Cantonese Chinese and Peruvian, and American South with Japanese. Interest in Levantine cuisine (Israeli, Turkish and Lebanese) will also rise, according to Modern Restaurant Management.

“We’re as diverse as a country as we’ve ever been, and there’s a growing appreciation and desire for the cuisine to be representative of that diversity,” says Eric Richard, education coordinator for the Madison, Wisconsin-based International Dairy Deli Bakery Association (IDDBA). “People are open to trying new things and this includes branching out to a variety of other cuisines.”

Home entertaining is on the rise, particularly among younger generations. Budget-conscious consumers are looking to curb entertaining costs and efforts by combining store-bought and homemade items. Mintel’s Cooking in America – US report, released in October, found that although cooking is not always a frequent activity, consumers are looking for ways to spend more time cooking.

Cooking’s rise in popularity offers the instore deli a dual opportunity: meet consumer demand for new and innovative Asian flavors and offer a way to make meal planning and entertaining easier. Perimeter departments interested in attracting new audiences can offer sampling and demo easy-to-prepare Asian-inspired foods in the deli and produce sections, in addition to offering RTE soups, wings, side dishes and sushi to round out a snack, meal or party offering.

Enthusiastic Cooks – 81 million or 32% adults who cook four or more times per week, they love or like cooking a lot

Avoidant Cooks – 68 million or 27% adults who cook three or fewer times per week, dislike cooking or only like it a little, cook because they must, not because they want to

Aspiring Cooks – 44 million or 17% adults who cook three or fewer times per week but still love or like cooking a lot and cook because they want to, also interested in improving their skills

The concept of experiential dining with Asian flavors is nothing new to the instore deli. Several years ago, at its annual tradeshow, IDDBA created its own pho bar. Asian food offerings also dovetail well into the continuing grocerant trend, which finds consumers visiting not just to buy groceries but to also dine in. Some grocery stores are capitalizing on this by adding extra dine-in seating.

Once in the store, consumers crave an experience such as having their meal made over a Japanese cooking bowl fueled by charcoal. Dating back to the 8th century, the Hibachi grill remains a draw for businesses such as Kowalski’s Markets, Woodbury, Minnesota. Here, customers can customize a fresh-to-order meal by choosing protein, vegetables, noodles and sauce at the grocer’s instore hibachi stations.

Richard recommends incorporating the experiential to connect with consumers, particularly younger generations who are more attracted to customization and exotic foods. “Trying new things and having the ability to customize it are concepts that go nicely with Asian food offerings,” he continues.

Chefs from SNOWFOX Sushi, Houston, prepare fresh sushi made with sustainable fish daily in kiosks located by the deli or near the seafood section. The company offers fresh sushi in close to 900 locations throughout the U.S. and is currently in Albertsons, Kroger, Wise Market and two wholesale club markets. The company is known for adding the “show business” back into retail sushi.

“Not many people have seen full-service sushi made in a grocery store before,” says Jason Yang, buyer, JFE Franchising, Houston. “Our sushi chefs keep core hours so there are more opportunities for consumers to see them in action. We want to show that the product is fresh by making sushi right in front of them.”

Instore, a refrigerated case holds grab-in-go options prepared by the chef all day during operating hours. To introduce sushi to new audiences, SNOWFOX arranges a daily instore sampling of fully cooked sushi. Samples include the New York Crunch roll, the company’s best-selling roll, and the Crunch Shaggy Dog. “America is diverse and our Asian food categories continue to grow, so this is an opportunity to let consumers try something new,” Yang says. Consumers can also take home SNOWFOX retail sauces, including its popular spicy mayo. 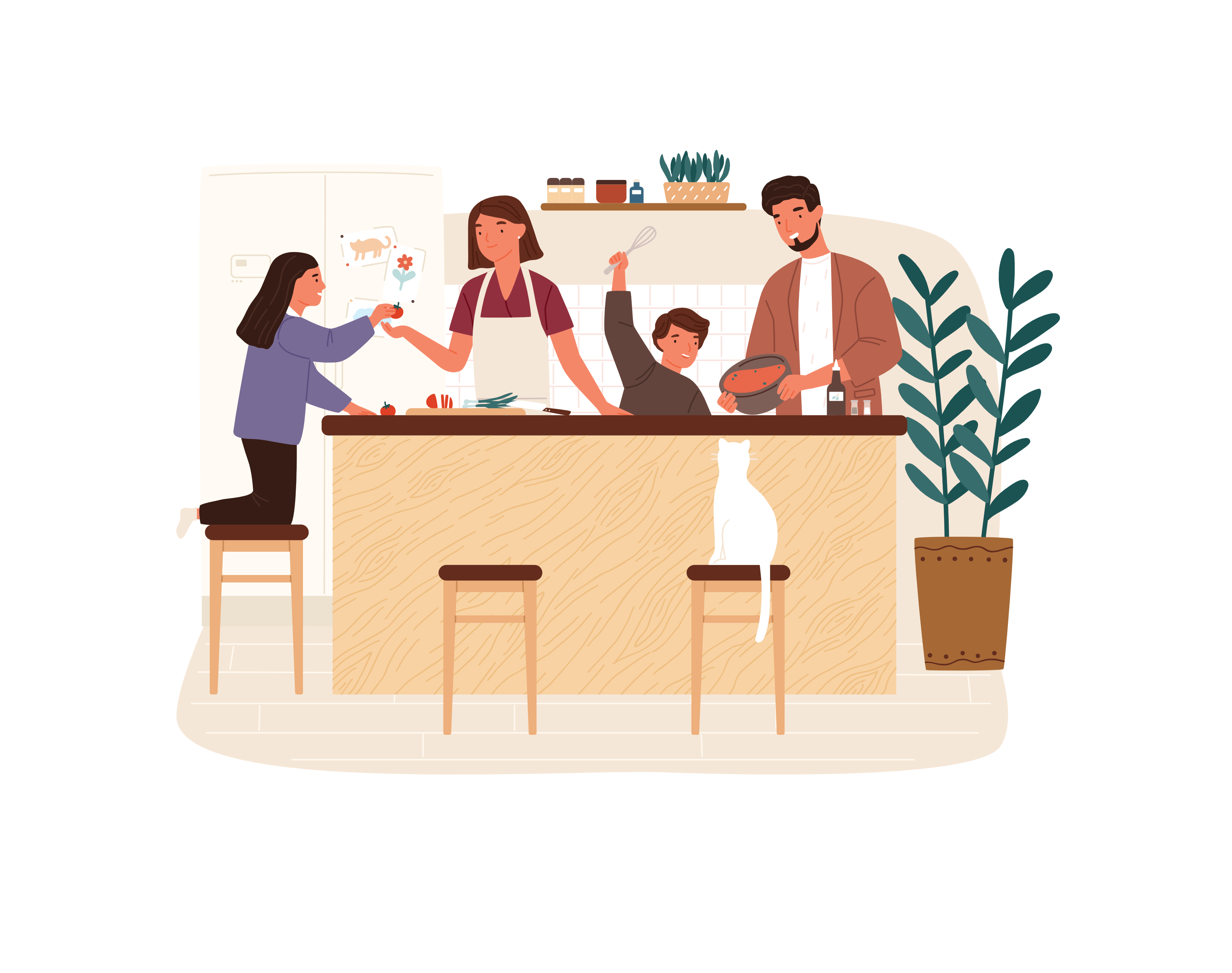 Wegmans, headquartered in Rochester, New York, offers a range of sushi rolls, bowls and meals for instore dining and grab-and-go. As part of its Food You Feel Good About initiative, the products are free of artificial colors, flavors and preservatives and have no gluten-containing ingredients. Wegmans works with specialized suppliers to source products such as its sushi vinegar, nori, wasabi and rice to create consistency and authenticity in its sushi products.

Keeping foods like sushi safe is also an important tenet of consistency and authenticity. The kitchens of Roche Bros. and Brothers Marketplace in Wellesley, Massachusetts, offer sushi prepared fresh instore by trained chefs from Mai Sushi, a multi-concept solution provider of sustainable pan-Asian cuisine at its 17 stores. The Philadelphia-based Mai Sushi follows the Monterey Bay Aquarium Seafood Watch standards for seafood sourcing and educates the Food and Drug Administration on food safety issues as they relate to sushi products.

“I think consumers are looking for both authenticity and a mainstream experience,” Yang says. “We find customers tend to ask if things are authentic. They also look to our chefs as a resource for Asian foods outside of the grocery store. They will ask our chef’s recommendations for Asian restaurant dining options in the area. This accommodates those who want an authentic experience and provides a level of comfort for those who want a mainstream option.”

Yang predicts that with the growing number of resources and technology to access Asian foods online, the ability to seek out authentic food options including Korean barbecue, sushi, Chinese hot pot and American-style Asian foods will continue to grow. This will be especially true in areas without a local Asian market where mainstream grocery stores will supply these things.

“Who’s to say if one thing is more authentic than another? What is important is that the food is fresh, tasty and it makes consumers want to come and try it again and to make it a destination as a lunch or dinner option,” Richard says. “Authentic as a word is a bit challenging. If you’re going to do something, do it right. Make sure it’s fresh, made to order and tastes great.”

Sriracha is so beloved that it’s become a popular thing to hate. The combination of chili peppers, sugar, garlic, distilled vinegar and salt continues to be a pantry staple for consumers throughout the U.S.

Regions and Foods of Asia:

Foods/Dishes from the area: fermented condiments like kimchi and gochujang, a red chili paste made with fermented soybeans