We use cookies to provide you with a better experience. By continuing to browse the site you are agreeing to our use of cookies in accordance with our Cookie Policy.
Skip To Content
Home » The global sourdough market is on the rise

The global sourdough market is on the rise

There are millions of kinds of bacteria and fungi on Earth. Yet if you mix flour and water, the community of organisms that colonize the resulting concoction is almost always composed of a small handful of organisms that are able to leaven bread, yielding a sourdough starter. How this happens is one of civilizations great mysteries, a mystery at the heart of bread making.

Some bakers suggest that the biggest factor influencing which species of microbes are found in a starter are the microbes that are on the bodies of the people who started it. Some say it is the grain that is used. Others, the climate. Others still, the water. Everyone may be right, according to biologist Rob Dunn at North Carolina State University.

“Sourdough is deeply embedded in human history. For tens of thousands of years, we have been basing our culture on microbial ecology,” says Erin McKenney, Ph.D., a postdoctoral researcher at North Carolina State University. “Inside, you are teaming with superhero sidekicks your entire life. We have the opportunity to empower anyone in the world and push the boundaries of science. We want to take a roll call of all these bacteria.” 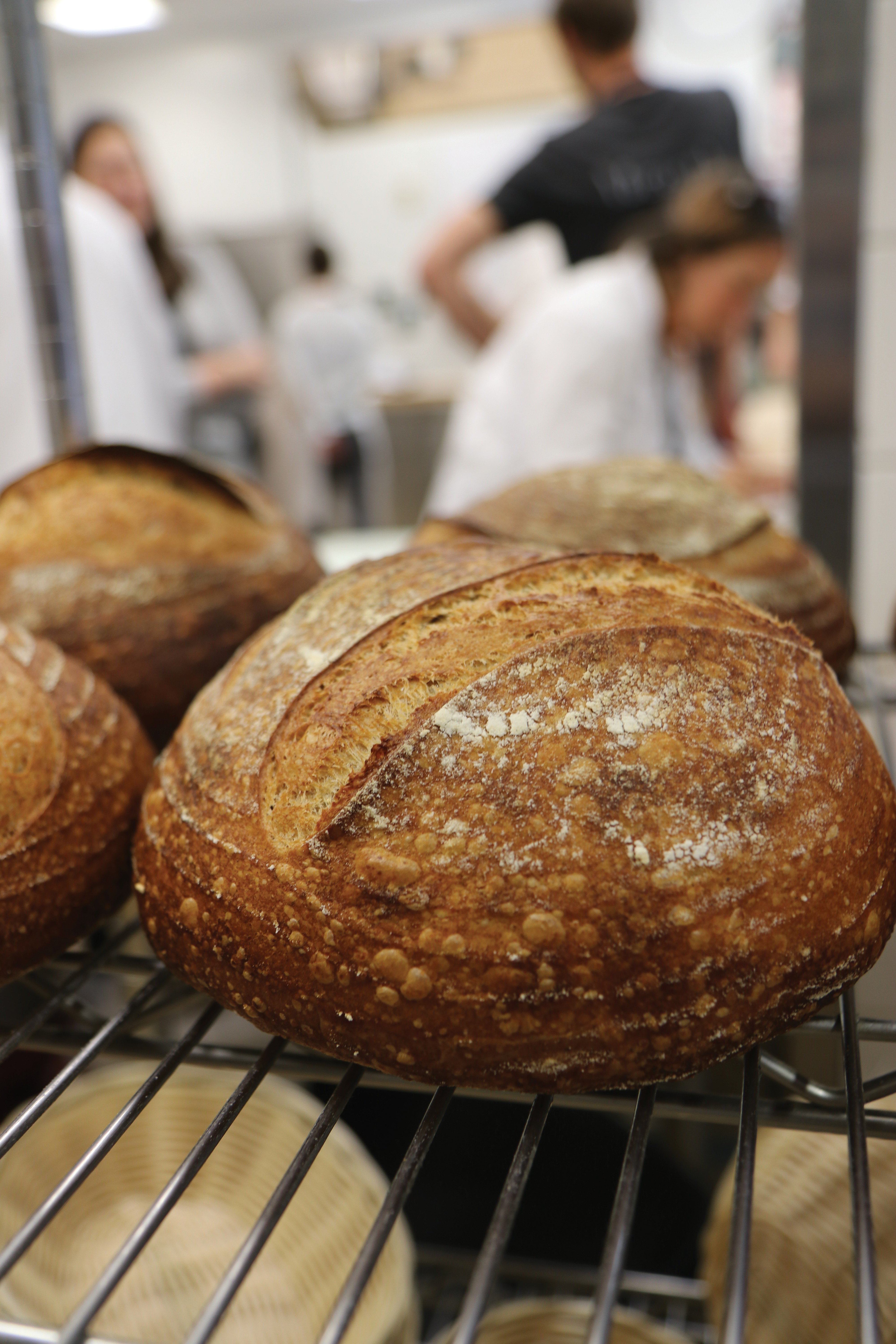 For tens of thousands of years, humans have made bread. For nearly 200 years, Americans have made sourdough bread. Boudin French Bakery, original maker of San Francisco sourdough bread, formed in 1849, and all of Boudin’s sourdough bakery products are made from the same mother dough. Back then, people who became known as 49ers rushed to northern California to mine for gold. It’s believed that Isidore Boudin received the mother dough from one of these 49ers. The starters were so important that they would cuddle them on cold nights, so the yeasts and bacteria that made them viable didn’t die, according to San Francisco Travel writer Avital Ungar. These intelligent miners became known as “sourdoughs.”

Initially it was thought that San Francisco was the only place where San Francisco sourdough bread could be made because the foggy climate cultivated this specific type of yeast. Local bakers, including Boudin, swore that no one could reproduce it outside a 50-mile radius of the city. Eventually named L. sanfranciscensis, the bacteria are not unique to the San Francisco region; it has since been found France and Germany, among other places. Some bakers still insist that true San Francisco sourdough has to be made there, where the climate and the wild yeasts in the air are specific to the region. Others claim the exact ratios of different kinds of yeasts and lactobacilli don’t matter as much because it’s more about technique.

“Sourdough has so much flexibility, depending on time, temperature, flour and shaping,” says Sarah Owens of Ritual Fine Foods, New York City, and author of “Sourdough: Rustic Fermented Breads, Sweets, Savories, and More.”

At the 2019 International Symposium on Bread, McKenney presented the latest results from the Citizen Science Sourdough Project and discussed the importance of the world we don’t see — the world of microbial systems — and how it shapes who we are. A total of 571 participants from 17 countries sent in sourdough starters. Many packages — shipped by air — were inflated like balloons. 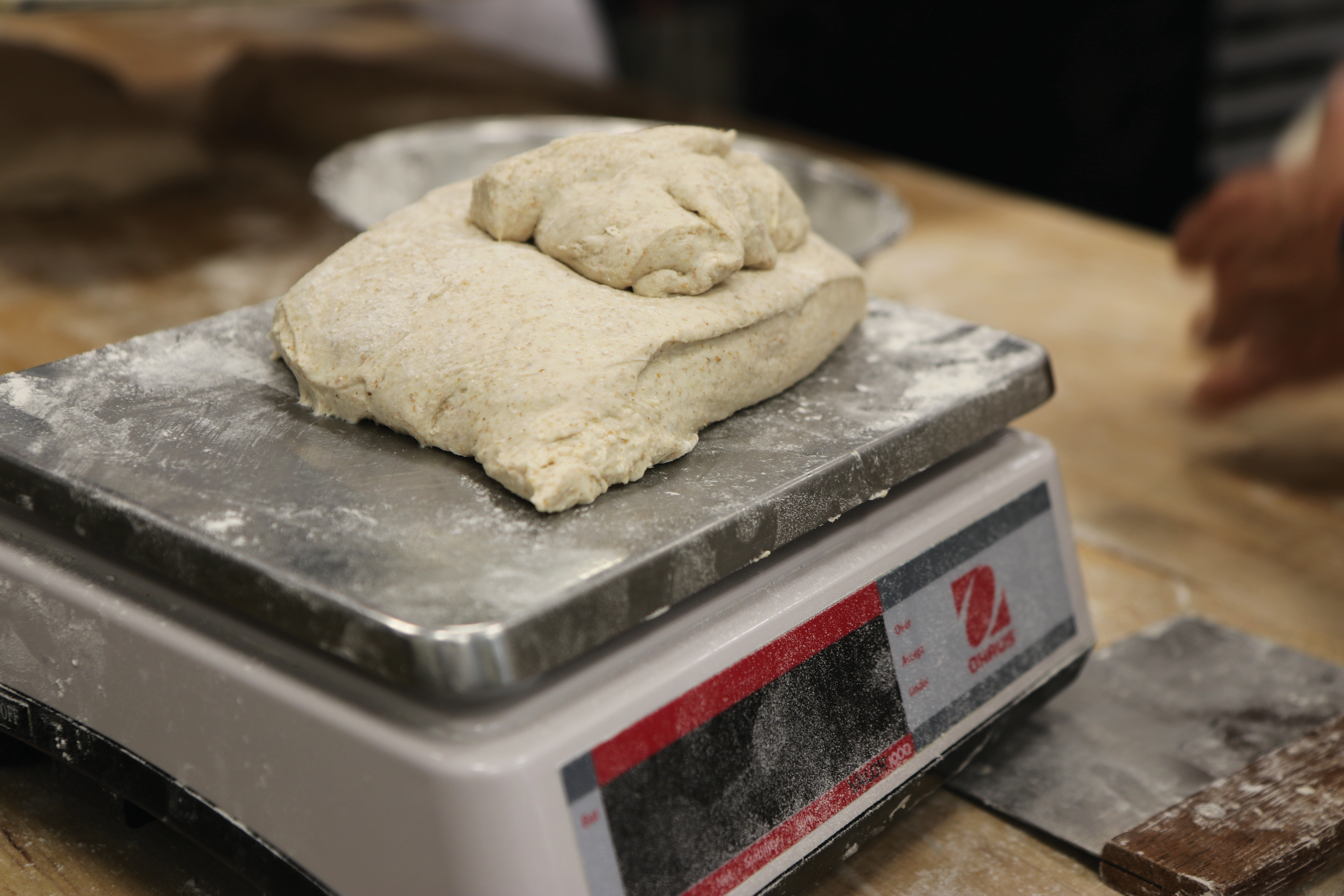 “Having these cultures gives us the ability to do experiments with them. We got the DNA sequencing back two years and curated the metadata,” she said. “We identified over 70 types of lactic acid bacteria. We had all this diversity from across the globe. When we turned to the microbes themselves, we took the five most common bacteria and the five most common yeasts.”

Bread and the microbes on which bread depends are at the heart of agricultural civilization, the ancient marriage between humans and grains. They are also at the heart of the ways in which people come together to break bread and savor the rich flavors of wild microbes and tamed grains.

Using “flavor juice,” McKenney and her team of researchers added one type of bacteria or yeast to a test tube and evaluated the number of cells growing. “The more cells that are growing, the less light shines through. Then we plot the growth curves. By comparing two at a time, we started to find a family tree of sourdough starters, based on similar microbial communities.”

The researchers identified 15 clusters. “They are simple and distinct and have very little to do with humans. Now we realize we have no control over the food growing in our microbial system.” For the next step, researchers will look at how these clusters influence flavor and the end product. “Perhaps someday the world will have trained sourdough sommeliers,” McKenney said. “My hope is that through all these techniques, we will discover not only who is living in these communities, but what their resumes are.”

A global connection to sourdough 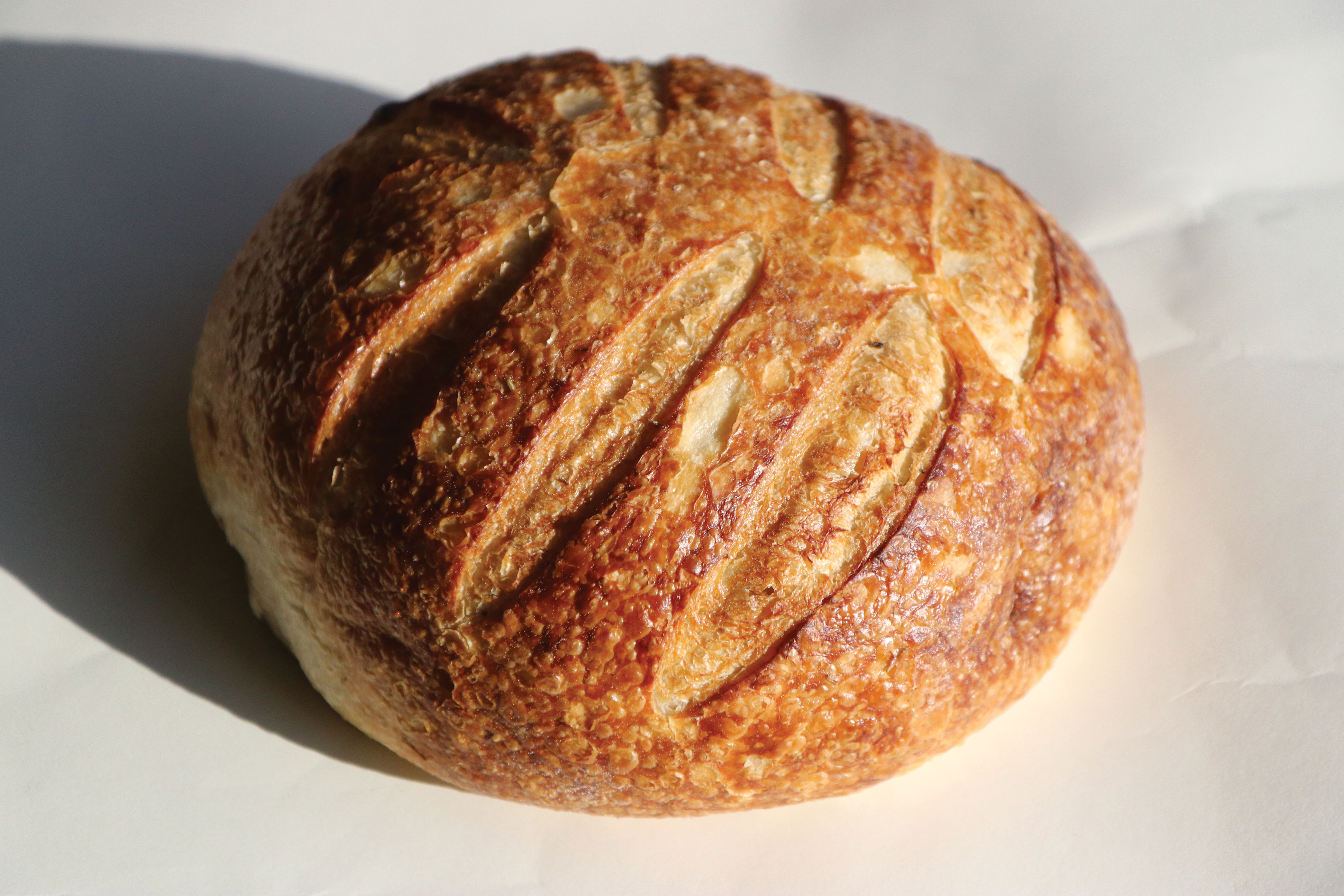 In 2013 Puratos launched the Puratos Sourdough Library in the Center for Bread Flavour in Saint-Vith, Belgium. It gathers an authentic collection of sourdoughs (of different flavors) from all over the world. The initiative has provided a real heritage source for bakers and consumers around the world. Puratos aims to preserve the biodiversity of leaven agents and the know-how on using sourdough in bakeries.

The recently opened Puratos Chicago Innovation Center marks the international company’s sixth in the United States, and Puratos has 83 innovation centers worldwide. The company manufactures in 60 countries across the globe and sells in 100 countries.

“The DNA of who we are is that we believe in being local,” says Andrew Brimacombe, president of Puratos USA. “We have great products that are used the world over, and we want to be close to our customers so that we can focus on local applications.”

The goal at all Puratos Innovation Centers is to feature relatively similar equipment, so that work can be consistent. “Our objective is to be more standardized, which allows a certain level of repetitiveness,” Brimacombe says. “When you say you are an innovation company, you have got to back it up. This place makes you want to experiment.”