We use cookies to provide you with a better experience. By continuing to browse the site you are agreeing to our use of cookies in accordance with our Cookie Policy.
Home » Tyson growth spurred by Prepared Foods, Beef

“Overall, third-quarter earnings were in line with our expectations,” said Noel W. White, president and chief executive officer. “Volume growth in our core retail lines continues to outpace other large food companies and the total food and beverage category, driven primarily by our new product innovation. Our Prepared Foods and Beef segments produced strong results in the quarter, while results in the Chicken segment were mixed, and the Pork segment was negatively affected by increased hog costs.”

Beef sales rose to $4,157 million from $3,993 million the year prior. Improved cattle supply and stronger demand for beef were the key trends driving the business unit’s performance, according to the company.

“Global beef demand was strong, and our Beef business is executing well,” Mr. White said during a conference call with securities analysts. “Pasture conditions are the best that we’ve seen in several years, and cattle supplies are expected to be good through at least 2021. So far this year, our Beef segment has produced a record operating margin of 6.1%.

“For the fiscal year, we expect Beef segment’s operating margin to be approximately 7%. With ample supply of the high-quality cattle, we expect similar or better results next year.”

Prepared Foods sales dipped slightly during the quarter to $2,089 million from $2,132 million the year prior. Management attributed the decline to business divestments made earlier in the year.

“Prepared Foods remains on track for a record year,” Mr. White said. “Through the first nine months, it’s produced a record operating margin of 12%. Retail volume growth has been outstanding as we gained incremental distribution from innovations such as Jimmy Dean Simple Scrambles, Breakfast Bowls and Egg’wiches.” 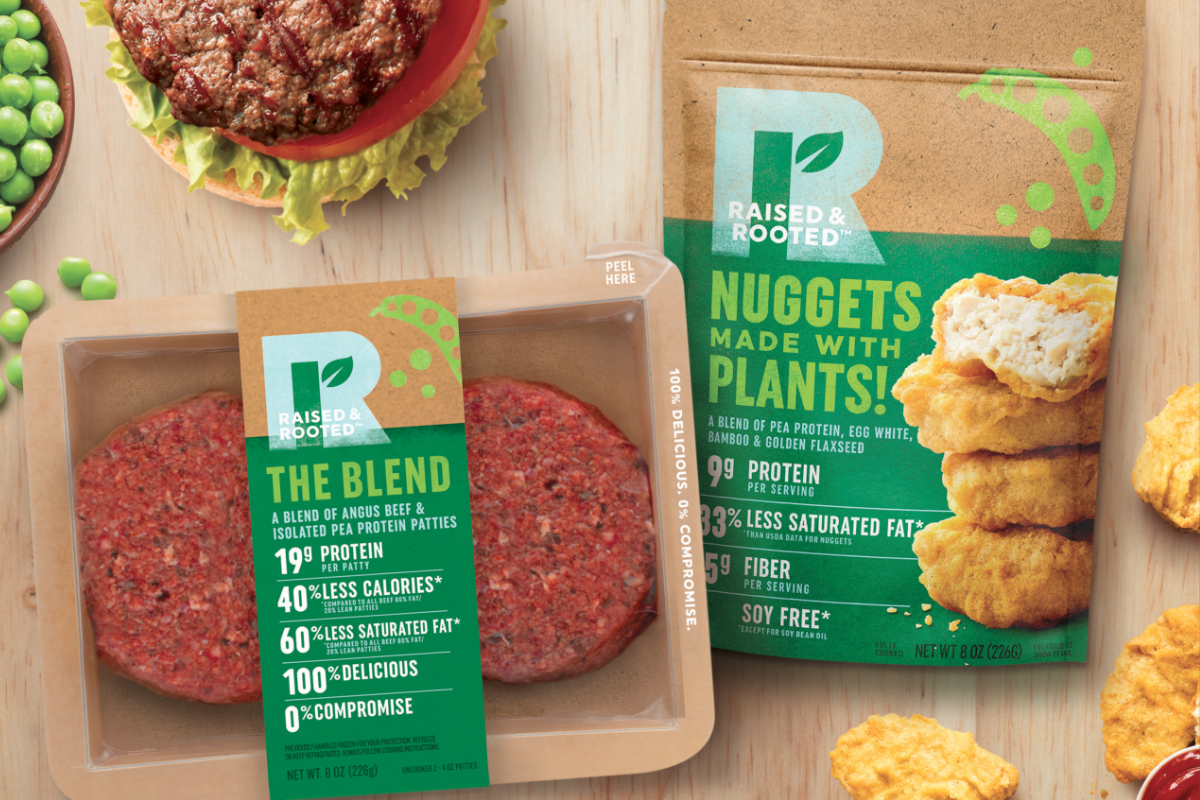 He added that the company’s new lines of meat alternative products have started reaching store shelves. The first products introduced include Whole Blends sold under the Aidells brand, which feature a blend of meat and plant protein, and plant-based nuggets sold under the Raised & Rooted brand.

“We’re pleased to report the nuggets will be in 4,000 retail stores and available in broad-line food service distribution by the end of September,” Mr. White said. “This kind of quick start demonstrates the capabilities, scale and national reach of Tyson Foods.

“We’re engaged with customers across channels and expect additional nationwide rollouts in retail and food service over the next 12 months. This will involve both plant and blended protein options under the Raised & Rooted brand and our flagship brands. We’re in early discussions with partners to introduce these products outside the U.S., but for now, our primary focus is a powerful domestic launch.”

Of Tyson Foods’ flagship Chicken business unit, Mr. White said, “we’re not where we want to be.”

“We’re still working to improve our operational execution in our tray pack business,” he explained. “In addition, we experienced a slow start to the growing season because of cool, wet weather, but we’re expecting to finish the summer strong, especially back-to-school season and Labor Day weekend.”

“For fiscal 2019, the operating margin for the Chicken segment should be around 6%, and we expect improved results for fiscal 2020,” Mr. White said.

Tyson Foods’ Pork business remains a wild card. The unit stands to benefit significantly from the outbreak of African swine fever in China, but the current trade dispute between the two countries may stand in the way.

“African swine fever impacted the segment on the cost side,” Mr. White said. “However, we did not see the benefit in pricing due to a 5% increase in domestic availability and low cutout values. We see this beginning to change as the U.S.D.A. weekly export data indicated that shipments of U.S. pork to China began accelerating in mid-July, and we’re optimistic this will lead to a positive impact on our Pork business.”

Management maintained its earnings-per-share guidance of $5.75 to $6.10 for fiscal 2019. Sales are expected to reach $43 billion for the year due to volume growth and mix as well as the impact of recent acquisitions.

For fiscal 2020 the company is forecasting a sales increase of 6% to 7% to between $45 billion and $46 billion. Growth in value-added product innovation and the full-year impact of recent acquisitions were cited as reasons for the sales growth.