We use cookies to provide you with a better experience. By continuing to browse the site you are agreeing to our use of cookies in accordance with our Cookie Policy.
Home » Integration of Indian and African flavors accelerates

KANSAS CITY — In the 2006 comedy movie “Talladega Nights: The Ballad of Ricky Bobby,” Mr. Bobby (played by Will Ferrell) and fellow race car driver Cal Naughton Jr. (John C. Reilly) argue that pizza and chimichangas are examples of cuisine originating in the United States. They were wrong about pizza, which originated in Italy, but some people claim chimichangas, while served in Mexican restaurants, originated in Tucson, Ariz. The scene lends credence to how well Americans integrate foods and flavors from all parts of the globe.

Integration is happening now with flavors from Africa and India. Although not as prominent as flavors from Mexico and Asia, they are starting to appear more often in U.S. restaurant menus.

“Most consumers are now familiar with North African cuisine, but some other regions are starting to trend now,” said Roger Lane, marketing manager, savory flavors at Sensient Flavors and based in Hoffman Estates, Ill. “We’ve seen a surge in the flavors of other parts of Africa, especially the eastern and southern parts of the continent, places like Ethiopia, Somalia and South Africa. The cuisine is so new. So, it’s a perfect place for exploring new flavors.”

Some consider harissa, which is a combination of spices common in North Africa, to be the African ketchup, said Dax Schaefer, corporate executive chef for Asenzya, Oak Creek, Wis.

People debate the origin of peri-peri.

Both African and Indian foods offer distinct flavors, but their spiciness may raise a yellow flag of caution among U.S. diners. The spice levels may need toning down, Mr. Schaefer said, adding Americans tend to lack patience and seek “approachable” flavor profiles on menus. 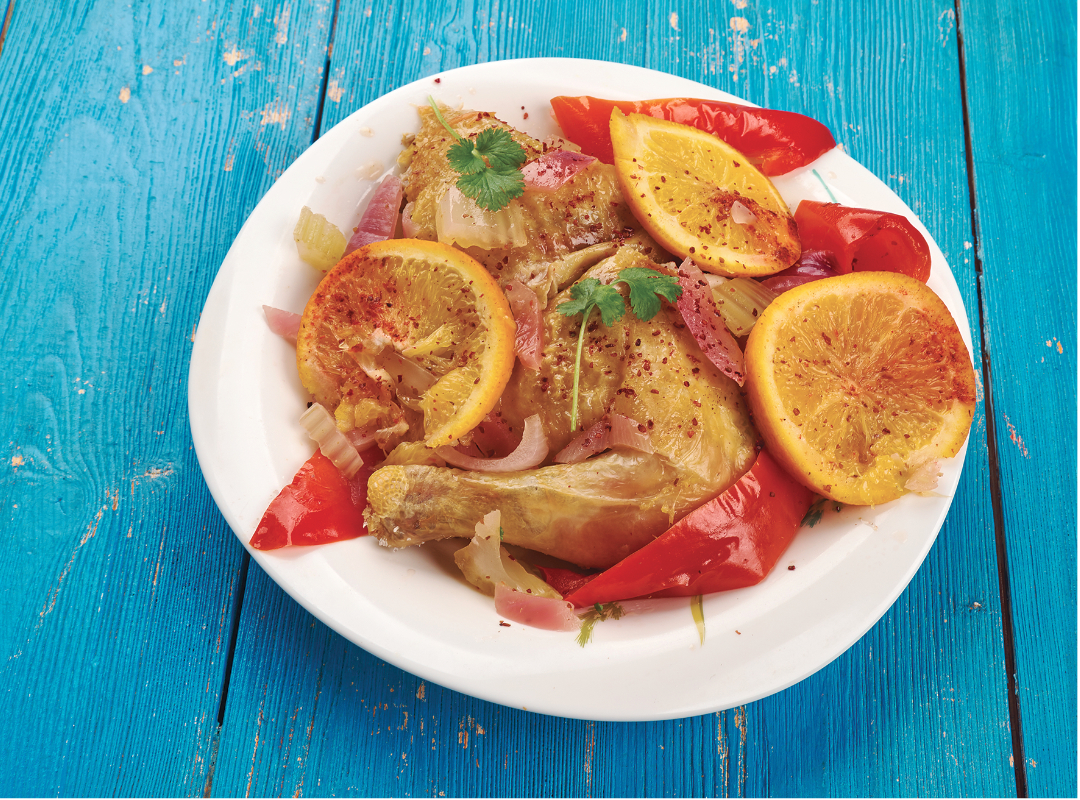 “Instead of asking questions, (Americans) will gravitate to something they already know,” he said. “So that becomes a little more challenging when you get to cuisines like Indian or African.”

He gave two examples of Indian flavor integration. The Hot Indian restaurant in Minneapolis offers the “indurrito,” an Indian burrito made with house-made roti. The Choolaah restaurant in Cleveland offers salads and bowls that are “very approachable,” he said. Customers may choose from one of four types of masala for their Choolaah bowls: tikka, chickpea, black lentil daal and yellow lentil daal.

“These flavors work in a variety of different food and beverage applications, including baking, plant-based proteins, sauces and dressings,” said Catherine Armstrong, brand ambassador for Comax Flavors. “They also work in a host of beverages, including dairy and non-dairy as well as alcoholic beverages.”

“Flavor is described as sweet-spicy, warm and aromatic with slight woody and balsamic notes,” he said.

The leaves and fruit (seeds) of the coriander plant are found in traditional Indian cooking.

Many variations of curry mixes exist, but they usually consist of spice mixes that include cumin, ginger, coriander, turmeric and sometimes chilies among other spices and seeds, Mr. Crain said. Garam masala is a composition of spices and often differs geographically. Garam masala may contain a mixture of cumin, black pepper, coriander, cardamom, cloves, cinnamon, nutmeg, saffron, fennel and fenugreek seed, he said.

Mr. Schaefer mentioned turmeric. The curcumin within turmeric has been linked to anti-inflammatory benefits.

“It has a lot of health benefits, and I think people are looking at their food to be a little more functional as well as flavorful,” Mr. Schaefer said of turmeric. “Turmeric seems to be the spice of choice right now or the most popular spice in the room, so to speak.”

Turmeric initially brings a bitter taste that is followed by sweetness and then a ginger quality, he said.

“One of my favorite foods right now, dosa, hails from the South India region and is beginning to pop up all over the food world,” he said. “Dosa is a style of crepe that is made with a combination of rice, lentils, black gram, fenugreek and more.”

Other ethnic flavors are becoming more regionally specific, too.

Hokkaido, an island in Japan, is known for uni (Japanese for sea urchin), which has caught on in high-end restaurants in the United States, Mr. Lane said.

“The flavor has been described as ocean-like but not fishy,” he said. “Uni works very well in savory dishes like pasta due to its delicate savory flavor. It can be mixed with cream, Parmesan and black pepper for a decadent take on cacio e pepe (a pasta dish), for example.”

The city of Kyoto in Japan is known for yuzu, which originally was brought into the country by way of the Korean peninsula.

“Part of the citrus family, the yuzu’s flavor is similar to a grapefruit but with notes of sweet mandarin orange,” Mr. Lane said. “Yuzu could be used much in the same way as other citrus fruits: in desserts like cheesecakes or custards, in savory sauces similar to sweet and sour, and mixed with honey and tea for a global take on Arnold Palmer (a tea and lemonade drink).”

Yucatecan food and flavors are migrating throughout America as well.

“Yucatecan cuisine is classically Latin American but with distinct influences from Europe, the Middle East and the Caribbean,” Mr. Lane said. “The flavors associated with the region are a mix of the familiar and the unfamiliar. Spices like oregano and cumin abound as well as habanero chilies. However, there are other flavors like achiote, sour orange and epazote that may be a new experience for the casual diner. 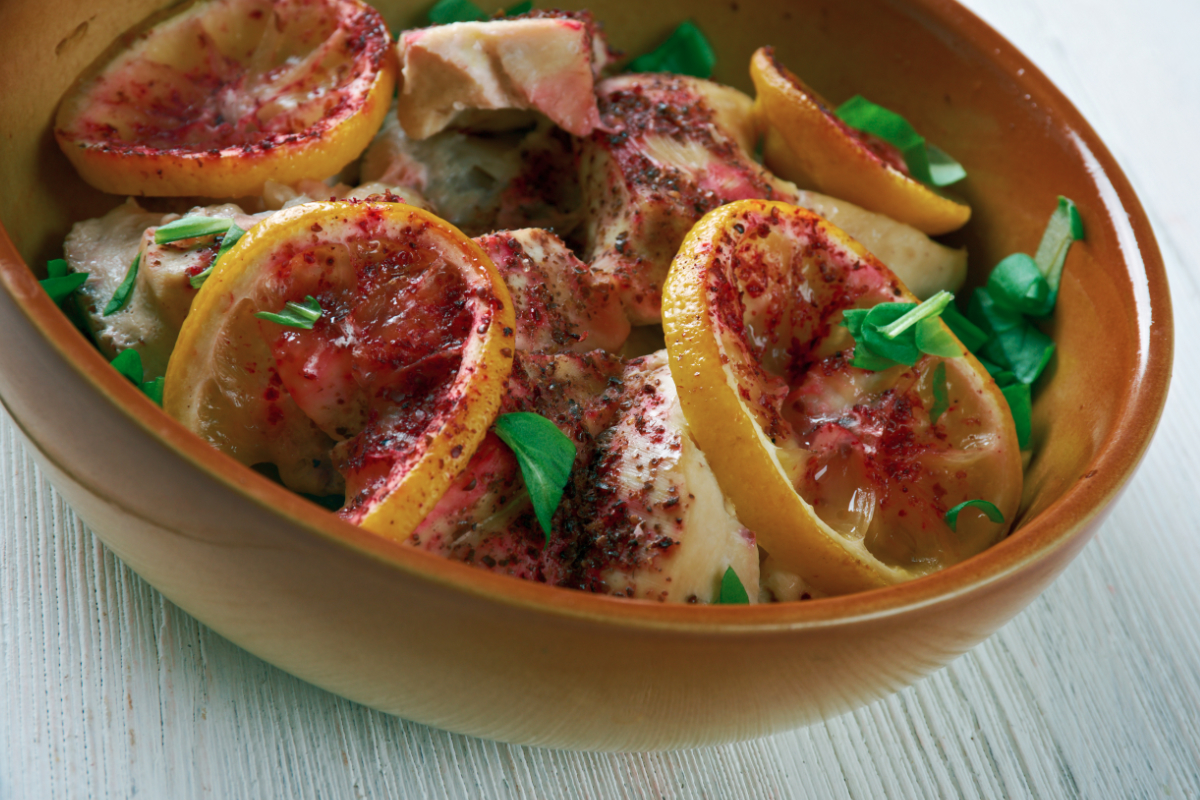 “Meat rubs and processed meats work well with many of these flavors in combination to recreate authentic Mexican dishes. Sour orange could be part of a sparkling beverage build or even used in a sauce instead of lemon or lime.”

Sumac, often found in Syrian dishes, is expanding beyond the Middle East.

“Sumac is becoming increasingly popular, and personally I’ve been using it in a lot of my dishes,” Mr. Stephanian said. “Syrian cuisine is becoming more prevalent, and the slightly, sweet, slightly savory combinations of flavor from sumac is unmistakable.”

Salads and juices are potential applications, he said.

“Sumac is another well-known Middle Eastern flavor profile,” Mr. Lane said. “Its bright citrusy profile works well anywhere you’d use citrus zest but can also be paired with other ingredients for marinades for rubs for meats. It also works well on its own as a topping for roasted vegetables to balance the smokiness.”